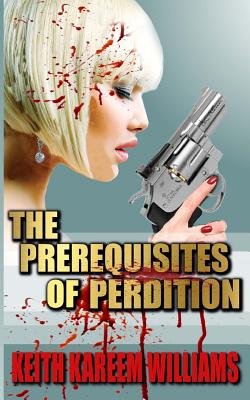 The Prerequisites of Perdition
by Keith Kareem Williams

Book Description:
For three years, Brenda Swan has kept a secret that would destroy her and everything she loves if the truth was ever revealed. Being married to a powerful and wealthy man should have been the perfect life but, because of what she willfully concealed, she became trapped in an endless nightmare, fearful of the consequences if her deception was discovered. Inadvertently, on an emotional morning, during a moment of weakness, one decision that she couldn’t take back had created a deadly triangle between herself, her husband and a mysterious stranger. As Brenda’s heart and mind begin to unravel because of the tangled web of lies she’s had to weave, the stakes become higher than she ever imagined as everyone involved gets disastrously dragged towards complete and utter ruin.

More books like The Prerequisites of Perdition may be found by selecting the categories below: