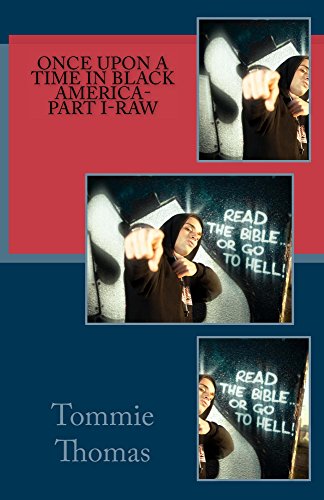 Book Description:
The first part of the series will shatter your perception of youth and the wonders it brings. It will make you analyze yourself with the thoughts of did I miss out on something while growing up. You will experience the thrilling lives of young African Americans during and after high school as they takes you through the back streets of Detroit to the Halls of Justice, the making of a young Black Godfather who is coached onto the playing field by Don Victor Bartonelli after Travis saves him and his wife’s life from a drive by shooter. The highest Chicago Godfather makes him head of his domestics in Detroit to clean up the Riverfront construction enterprise that only leads to the busting of heads for they will not comply. A raid ensues and both Godfather’s make personal vendetta’s on the estate of the Dumbarto family. Hard hit family situations, love, sex, corrupt police with antics on the style of Rodney King, teacher blackmailing students for sexual favors, vengeance by those who have been victimized by thugs. A down and out homeless man pulls himself up by his bootstraps to become a real estate mogul on the level of Donald Trump, a prominent female seeking to bridge the gap of love with her mother is brutally raped when she goes home and on Independence Day the four youthful heroes toasts to seal their friendship when a bomb shatters the Godfather’s home in Detroit and mangles his wife so bad he declares all-out war on the perpetrator. A new breed emerges that will shape your vision and the beginning of New Detroit with four African Heroes paving the way during the 1967 riot. Share the experience and you will see how you as a hero is made!