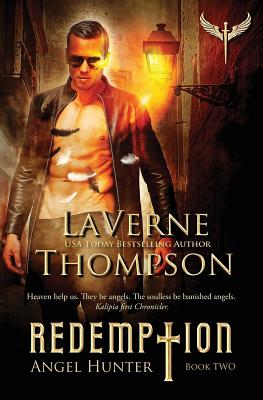 Book Description:
Heaven help us. They be angels. The soulless be banished angels. Evangeline had a lot riding on her shoulders. She was a Chronicler of lives, charged with keeping track of the war between the hunters and soulless on earth. Even more than that, she would be the mother of the next generation of Chroniclers. But that meant she’d have seven births. Lord have mercy. Seven! What man wants that? He had to be a strong faithful man, one who’d believe in her, believe in her destiny and be able to help her nurture and protect their children. Help her protect the records in her care. She thought she’d found him once, but she’d been mistaken. A mistake that could cost them all their future. Devlin was still pissed over Evangeline’s rejection. Pissed she thought his being a hunter meant they couldn’t be together. She couldn’t get past the fact he hunted and killed the bloodsucking soulless. So what if they were angels. They weren’t angels anymore, in fact, they’d been kicked out of heaven and now preyed on humans. The only good soulless was a dead one. Why could she not see that? He stayed away from her but continued to keep an eye on her. But the minute her life was threatened by one of those bloodsuckers nothing was keeping him from being by her side. Not even when he thought she’d been promised to another. Another who’d breed seven brats on her. To hell with that. He’d kill him first.

More books like Angel Hunter (Redemption) (Volume 2) may be found by selecting the categories below: