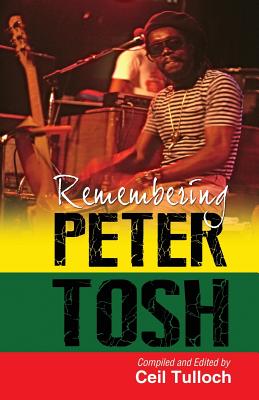 Book Description:This book captures the thoughts of many of Tosh’s closest confidants and generals to take you inside the mind of the genius Bush Doctor. It will help you discover the man, the music and the magic of one of the most important musicians in history. - Native Wayne Jobson, Producer of the Peter Tosh film Stepping Razor/Red X Ceil Tulloch’s important and timely Peter Tosh compendium reminds that Tosh was a major figure, not only in the realm of reggae, but in the realm of contemporary music more generally. - David Katz, Reggae historian, author As one-third of the Wailers, icons of reggae music, the late Winston Hubert McIntosh, better known as Peter Tosh, continues to gain many fans all over the world. By way of his hugely successful solo career, many people knew Tosh to be a hard-hitting, unapologetic and controversial artist, who spoke the truth in his lyrics and brought attention to the plight of the poor and downtrodden, both at home and abroad. However, not many people saw the private side of Peter Tosh, a man who is described by those who knew him best as humorous and compassionate. Remembering Peter Tosh is one of the first books to be dedicated solely to the life of the great reggae icon Peter Tosh. This book is filled with engaging remembrances from colleagues of Tosh and gives insight into the man Peter Tosh really was - both on and off the stage. Little known facts about Peter Tosh, such as his affinity for animals and a love for cooking are revealed in anecdotal fashion, sprinkled with images of Tosh at work and at play. Contributors include: Jayne Cortez • Dr Omar Davies • Lowell ’Sly’ Dunbar • George ’Fully’ Fullwood • Revd Canon Ernle P. Gordon • Dermot Hussey • Donald Kinsey • Chuck Krall • Herbie Miller • Norman O. Richmond • Desmond Shakespeare • Robbie Shakespeare • Dennis Thompson • Roger Steffens • Doug Wendt • Dick Wingate

More books like Remembering Peter Tosh may be found by selecting the categories below: