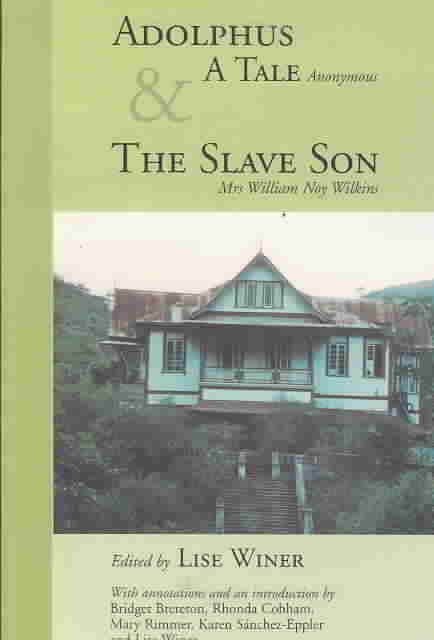 Book Description:The Caribbean Heritage Series is designed to publish historic re-publications of Trinidad Literary Roots and comprises four Trinidadian novels published between 1838 and 1907. This second volume in the series presents two novels, Adolphus, a Tale and The Slave Son. Adolphus was first published in 1853 and was probably written by a Trinidadian mulatto, thus making it the first Trinidadian, and possibly the first West Indian, novel written by a mulatto and the first novel written by someone born and reared in Trinidad. A dramatic nineteenth-century tale, originally published in the newspapers of the day, Adolphus, traces the adventures of a mulatto son of a black slave women raped by a white man. Raised by a kind Spanish-Trinidadian padre, Adolphus grows into a handsome, well-educated, noble character. Later falling in love with Antonia Romelia, he manages to rescue her from a villainous kidnaper and they flee to Venezuela where they are free to marry. The Slave Son was originally published in 1854 by Chapman and Hall, and according to the author’s foreword, it was inspired by Harriet Beecher Stowe’s Uncle Tom’s Cabin and was written to support the abolitionist movement in the Unit

More books like Adolphus, a Tale (Anonymous) & the Slave Son (The Caribbean Heritage Series) may be found by selecting the categories below:

Tell us what do you think about Adolphus, a Tale (Anonymous) & the Slave Son (The Caribbean Heritage Series).