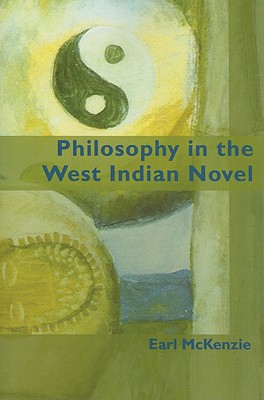 Philosophy in the West Indian Novel
by Earl McKenzie

Hardcover Description:
Earl McKenzie’s pioneering philosophical study of the West Indian novel is based on three main assumptions: first, that philosophy is a reflection on the fundamental questions we can ask about ourselves and our world; second, that literature, particularly the novel, is the best method yet devised to provide a ’human face’ to these reflections; and third, Caribbean philosophy is at present embedded in other forms of cultural expression, like literature, and these forms need to be excavated to reveal what lies within. McKenzie examines ten novels by George Lamming, Roger Mais, Wilson Harris, V.S. Naipaul, Orlando Patterson, Jean Rhys, Erna Brodber, Lakshmi Persaud, Earl Lovelace and Jamaica Kincaid, each selected to represent differences in geography, chronology, ethnicity and gender. In this cross-section of novels, McKenzie identifies ancestral influences from the philosophies of Europe, Africa and India, and shows how West Indian fiction embodies ideas from several areas of philosophy, including metaphysics, epistemology, philosophy of education, social and political philosophy, ethics, feminist philosophy, and philosophy of literature.

Books similiar to Philosophy in the West Indian Novel may be found in the categories below: