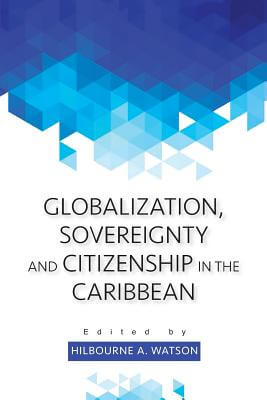 Globalization, Sovereignty and Citizenship in the Caribbean
by Hilbourne A. Watson

Book Description:The contributors to Globalization, Sovereignty and Citizenship in the Caribbean variously address topics and issues of colonial and postcolonial citizenship, identity and belonging; sovereignty and the body politic and unresolved class and other contradictions of the Haitian Revolution, Commonwealth Caribbean societies, Cuba, and the non-independent territories of Puerto Rico and the Netherlands Antilles, the French Antilles, and the Cayman Islands. There are degrees of emphasis on the contradictory relationship between globalization and national processes, with attention to class, state, nation, gender, racialization, culture, migrant labour and other political concerns. Other topics include ways in which the United States, the United Kingdom, France and the Netherlands influence conceptions of state security and governance and how cultural and ideological commitments to democracy and sovereignty reinforce certain sovereignty myths and contribute to the assertion that globalization represents a threat to sovereignty, democracy and freedom in the Caribbean. The deepening of the integration of the entire Caribbean into the contradictory processes of globalization suggests that sovereignty, democracy, citizenship, belonging and identity as experienced in the region are best theorized as unfinished (open-ended) projects.

More books like Globalization, Sovereignty and Citizenship in the Caribbean may be found by selecting the categories below: