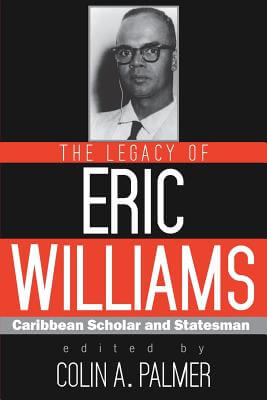 The Legacy of Eric Williams
by Colin A. Palmer

Paperback Description:This is the first comprehensive historical assessment of the career of Eric Williams, the scholar and statesman. Born in Trinidad and Tobago in 1911, Eric Williams published his classic work Capitalism and Slavery in 1944 and several other books thereafter. A historian of outstanding talent, Williams’s scholarly work has been the subject of various international conferences. He introduced a new era in the study of slavery, focusing less on the oppressive conditions of that odious system of labour and more on its role in the construction of Western capitalism. Historians are still animated by Williams’s conclusions, and the questions he posed are still relevant to our mature understanding of the ways in which the African slave trade and slavery shaped the economies of a variegated group of societies. Eric Williams was also the head of government of Trinidad and Tobago from 1956 to 1981. He became the premier of his country in 1961 and its first prime minister in 1962. He died in 1981 after dominating the politics of his country for a quarter of a century. This volume also includes analyses of Williams’s enormous contributions to the making of the modern Caribbean as a statesman and a scholar

More books like The Legacy of Eric Williams may be found by selecting the categories below: