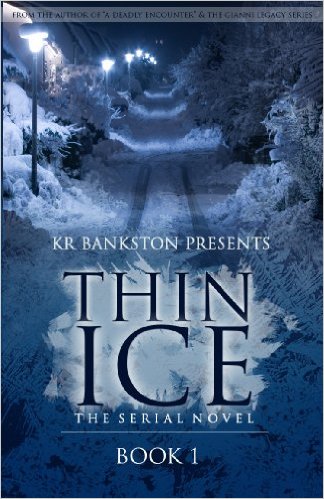 Welcome to the city of Atlanta, home of Hip Hop Moguls JD, Luda, TI, Outkast and more, where Magic has its own city and redemption from sin can be found at any number of Mega Ministries the city heralds. It’s also home to Ian “Ice” Bailey a man as dangerous as he is sexy.

Our story begins on the East side, where we meet Ice and our supporting cast. Kaitlyn “KiKi” Ross and Jaleesa “Tweety” Mitchell; two ladies who can hold their own in the game, making moves and plays as well as any of their male counterparts. Things are fine until Tweety crosses the line, unwittingly dragging KiKi along, and invade Ice’s territory. That’s when everything becomes complicated.

Throw in a romantic triangle or three and the fun really starts. Ice has a thing for KiKi, but she has a thing for Tariq. Tariq Taylor is the short order cook she sells smack to and thinks he’s a junkie. Tariq is into KiKi, but Landon, the guy who works for the arena league that KiKi meets at the club, is determined she’s going to be with him. Confused yet? No? Well there’s Tweety’s man Evan, Landon’s friend, who isn’t what he presents himself to be and who also happens to have hidden lust for KiKi.

Ice is not a man accustomed to hearing no, or being outwitted in his business. His reaction to both is force, sometimes deadly. Begin the ride with us and meet all the players in our serial drama, starting with the beginning, BEWARE: Thin Ice.

**Author’s Note: Thin Ice is a presented in numbered episodes as a written serial/soap opera. It is a drama series dealing with daily events in the lives of the same group of characters over a set period of years.