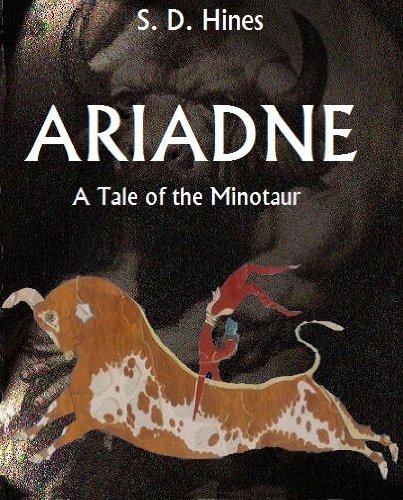 Ariadne: A Tale of the Minotaur (Heroines of Classical Greece Book 2)
by S. D. Hines

Three thousand years before The Hunger Games, a conquered nation was forced to send their finest youths to fight and die, facing an invulnerable creature they had no chance of defeating.

ARIADNE: A Tale of the Minotaur — one of Hines’' Heroines of Classical Greece series--is a contemporary retelling of the classic tale of Theseus and the Minotaur, a story with more twists and turns than even the Labyrinth holds.

Prophesied in lost Atlantis, the Grand Conjunction is rapidly approaching, the day when a unique astrological alignment makes all things possible. But more is at stake than the fate of young Theseus, prince of Athens, and his fellow Athenian tributes. This single day will decide the destiny of nations, a vanished people's resurrection--and give birth to a god.

It is also the story of Daedalus and Icarus, of an immortal yearning for love, and the greatest and basest that humanity offers. A power will soon be released that will destroy the world unless it is tamed by the newborn god who is born of a man and monster. But who is the man, and who is the monster?

And the only person who can save two worlds and tame the monster is the weakest and meekest of all: Ariadne, the beautiful daughter of Minos, king of Crete.