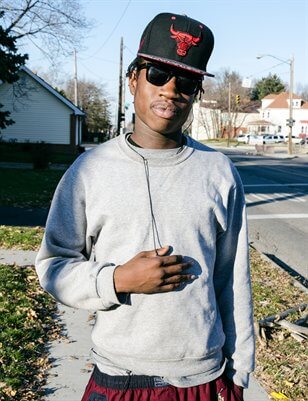 Some of My Best Friends: A White Woman’s Journey into Racial Profiling
by Jane Critchlow

Read Our Review of Some of My Best Friends: A White Woman’s Journey into Racial Profiling

When President Obama asked Americans to examine their own racial biases, photographer Jane Critchlow took that to heart. She approached black men in her neighborhood and asked to take photos with them. Host Michel Martin talks with Critchlow about her project, and the men's reactions.

Journalist and nurse Ruth Carol Taylor, was born December 27, 1931 and became the first African American airline flight attendant in the United States when she joined Mohawk Airlines in 1958. While she is best known for her achievement in the airline industry, she spent much of her career as an activist for minority and women’s rights and was significantly involved in covering the 1963 March on Washington.

She is the President/Founder of The Institute for “Interracial” Harmony, Incorporated, she invented the concept of Racism/Colorism Quotient Testing individuals. She is the author of The Little Black Book: Black Male Survival in America: Staying Alive & Well in an Institutionally Racist Society. She has consistently struggled against what she calls untreated racism/colorism for decades and is committed to healing society of its widespread denial of conditioned discrimination against human beings so that all people, especially the children, may have the opportunity of living in communities free of being adversely judged on the basis of their color.

I became aware that I was negatively profiling young African American men, even though I was quick to denounce this practice by others. To confront my hypocrisy, I drove around and stopped young black men—effectively profiling them. I would offer to take their portraits, then asked for a “selfie,” a format which dictates closeness and a smile. The title of the work comes from the expression, “Some of my best friends are black,” which tends to be as much of a fiction as these photographs. In the end, my experience left me standing in a truer place. I’d come to the realization that an insiduous and fictional narrative had been created about young African American men.

Comments received when this book was first posted on AALBC.com: