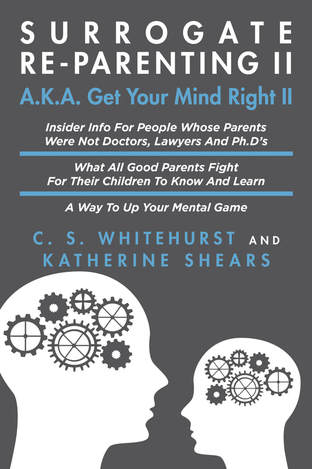 
As food for thought and entertainment, how would your life had been different if you had grown up, learned and gained the knowledge, logic and intellect of Doctors, Lawyers and Ph. D's. while you were growing up? What different life choices and decisions would you have pursued and made that would have delivered you from a life of average poverty, unfulfillment, and social rejection to greater prosperity, success and social acceptance?

So stop standing by and watching those who know that knowledge and logic better than you do outdo you on life's stage. Know that you can do better. Realistically, it's never too late to take the necessary steps to give yourself a leg up, a boost and a brand new start in life. We all experience countless waves of new opportunities, and with those  new opportunities come waves of new choices, chances, and options.

Tell us what do you think about Surrogate Re-Parenting II.