Book Review: One Day I Saw a Black King: A Novel 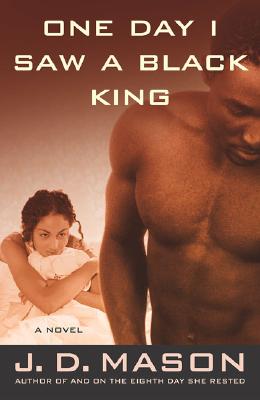 Read a Description of One Day I Saw a Black King: A Novel

John King was born coming up the hard way. His teenage mother Mattie died giving birth to him. John's grandmother Agnes King raised him while resenting every breath he took. At a young age, he had to live with the knowledge that he was the product of rape, which hovered like a dark cloud around his head. John spends his adult life running from one intimate relationship to another, while carrying his childhood baggage of being unwanted and unloved along with him.

When she was 12 years old, Connie Rodgers's mother, Charlotte, left her and her little sister, Reesey, for a man who didn't want kids or a woman who had any. So Charlotte lightens her load, walking out the door leaving her daughters. Connie and Reesey are sucked into the foster care system and are later separated. Connie runs away from her abusive foster home and spends her teenage years surviving on the street, living hand-to-mouth. Connie grows up but not away from the scars of her childhood.

Connie and John are two people running from their past when they run into each other. But now the time has come for them to stop running.

One Day I Saw a Black King is an awesome novel! Falling under the spell of Mason's masterful storytelling was as easy as slipping on a sheet of ice. The book started with a bang and ended with a bigger one. There were a few spots that were wordy, and the ending seemed rushed. However, the book remains an impressive and fabulous read. I loved it! I can't sing its praises enough.

The book is brimming with fascinating and interesting characters. The main characters, John and Connie, are beautifully damaged, fully developed, characters that long to be whole, but can't see a way clear past themselves. I would have been happy with just one of these characters featured in the book, but author Mason doubles my pleasure by providing two. I couldn't ask for more. Mason did a masterful job bringing John and Connie to life. She created two distinctly different worlds for these characters, which she smoothly merges together. John and Connie's existences were populated with supporting characters that were finely developed, as well.

As wonderful as One Day I Saw a Black King is, there were a couple of sections that could have been a wee bit tighter. During the last quarter of the book, there were spots where both Connie and John repeatedly expressed their loneliness, anxieties and childhood issues. Mason did a wonderful work in depicting their emotions in the beginning of the book, which made the third or fourth trip through their minefield of childhood trauma kind of like overkill.

I would have much preferred if Mason had spent less time reconstructing John and Connie's emotional states and used additional time filling in the ending. The ending had a rushed feel to it. The ending accomplished its goal and I was satisfied. But, it didn't have the full-bodied treatment I anticipated. With a nip here and a tuck there, One Day I Saw a Black King could have been phenomenal.

Minor complaints aside, One Day I Saw a Black King remain an awesome book! The pace the book flowed like warm, golden syrup and was just as sweet. Author Mason's skillful hand maintained the right touch in managing the conflict of clashing sentiments and broken hearts. I did not want this book to end!

Read St. Martin’s Press’s description of One Day I Saw a Black King: A Novel.