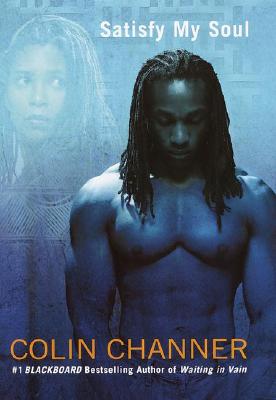 Read a Description of Satisfy My Soul

Colin Channer's sophomore novel, Satisfy My Soul, is extraordinary! It is certainly a novel that deserves to have its praises sung by folks more knowledgeable about the written word than I. Let this serve as a warning to those who prefer their reviews sophisticated, technical and aloof, cause I'm about to get straight up "country" and "down home-ish": Satisfy My Soul is off the hook! I was expecting a good book, but what I got instead was an astonishing novel that examines the intimate relationship of a man who finds his soul mate. Satisfy My Soul certainly left my soul satisfied.

Carey McCullough, the narrator of Satisfy My Soul, is a writer in Jamaica filming an episode of a TV series. Towards the end of filming, Carey sees Frances Carey, a woman who he had never met, but who haunted his dreams and desires for years. Carey and Frances Carey share the same name and their relationship will directly upset their worlds. All's fair in love and war, so the old folk say, but love’love is a bitch.

Satisfy My Soul mesmerized me. The novel is a towering castle of raw emotions, probing love and its many shades of angst, confusion, supreme happiness, painful insecurities and betrayals. With its complex layering of race, spirituality, self-identity and self-love, and with characters that are fully rounded and engaging, the novel is far from a standard boy-meets-girl romance.

Carey McCullough is the most genuinely romantic character that I've come across in years. I'm not meaning the flowers and candlelight romantic of a Harlequin Romance, but the 16th century romantic, one who lives by his emotions damning the consequences or logic. I found Carey fascinating and despite his many faults and his horrible treatment of women, I grew rather protective of him. He was innocent of ever being in love. When he met Frances he more than met his match.

Frances I found beguiling and compelling. In Frances, Channer created a character that is beautiful, captivating and devastating, an enticing mixture of Bizet's Carmen, W. Somerset Maugham's Mildred from Of Human Bondage and the lyrics to Chaka Khan's I'm Every Woman. Frances is a modern day siren whose enchanting melody hypnotizes sailors into crashing their ships on the rocks of the sea. I loathed Frances' because she is an enigma -- both a fantasy and a curse. There were times that I wished Frances was a real person and would materialize before me, for I would love to conquer her; sexually, physically, intellectually.

Author Channer keeps the narrative smooth and sweeter than honey in July. I was always aware that Carey was narrating the story, his voice secure throughout. There were no snags during the transitions from Carey's present life and his past. Channer took a few chances in the novel that I wasn't sure would pay off, but they did. Channer did an excellent job writing a relationship novel that goes beyond the standard fare. With Satisfy My Soul's dead-on accurate insight into the human heart, lyrical narration and surprise-twist ending I have no problem stating that it is one of the best books of the year.

Read One World/Ballantine’s description of Satisfy My Soul.