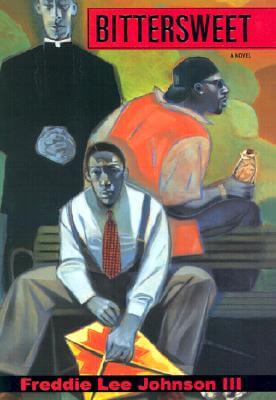 Read a Description of Bittersweet

Bittersweet, the debut novel by Freddie Lee Johnson, lll, proves the old adage that you can't always judge a book by its cover. As I picked up Bittersweet from the bookshelf, I was thinking, here we go again with another you-go-boy book. I couldn't have been more wrong. Bittersweet is a solidly constructed novel that chronicles the lives and relationships of three brothers -- with each other, their women, their mother, and their faith (which I wasn't crazy about, but I'll go into that a little later.) Bittersweet is an infectious book that I hated to see end.

Oldest brother Nathan is pastor of a growing church. Middle brother Victor is a streetwise, ex-Marine, turned bus driver. Clifford, the youngest, is a bit of a snob, whose career is on the elevator going up. All three brothers face domestic strife and situations that could make their lives hell. Nathan must deal with his growing sexual attraction for one of his parishioners. This infatuation could destroy his ministry and his marriage. Victor is a coochie hound, with a bitter ex-wife who sends him through the ringer every time he attempts to visit his daughter. Clifford's wife Demetria hits him between the eyes, on the way home from a family vacation to Disney World, by claiming that she is unhappy, wants a divorce, and don't even like him. Throughout Bittersweet, the brothers struggle through their specific trials and live out the song, He Ain't Heavy (He's My Brother).

I wasn't expecting an inspiration/fiction novel when I started reading Bittersweet. I don't usually cotton to that particular combination. A book is either inspirational or its fiction. I am of the mind that no one can eat off two tables at the same time. On one page there's a situation that's a little...shall we say, "heated" between two, if not more, consenting adults. On the next page, I'm hit with "Praise the Lord" and "Let us pray". Naw, that ain't my type of party. I don't want to have images of doing the nasty one minute, and calling on the name of the Lord the next. Although there have been times when I've done just that, but, that ain't really none of y'all's business. LOL

Now, I knew I was going to hear some "You need Prayer" type of statements every now and then on account of Nathan being a pastor. I was somewhat prepared for it. What I wasn't prepared for was the credible manner in which Johnson used religion in relation to Nathan -- not as a vehicle to validate my own faith, but as an element in building the character. It was a nice change of pace.

I couldn't put Bittersweet down. I covered over 300-plus pages in a 24-hour period. The story was addictive and flowed well. The characters were nicely drawn. Each chapter is narrated by one of the brothers. I thought I would have trouble with the alternating voices. I didn't. I like the way Johnson created Victor's character, using what many folks now call Ebonics and slang, for his dialogue and thoughts when it was his turn in the narrator's booth. It was refreshing and caused me to wonder why more authors don't use dialect when constructing their characters.

Bittersweet is a damn good book. I had a good time reading it.

Read One World/Ballantine’s description of Bittersweet.