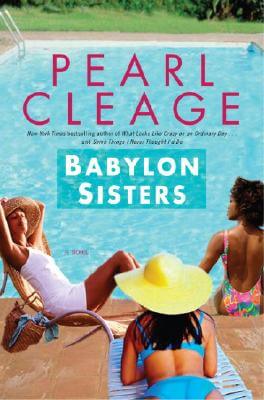 Read a Description of Babylon Sisters: A Novel

This novel has many endearing qualities. From the graphic depiction of the characters to the social upliftment themes, which permeate throughout the text. Cleage is a master at weaving a barrage of complexities into a story in an effortless fashion. And as in her previous works, Cleage continues the glorious motif of the colorful, strong and passionate black woman. The story is well written and the plot is easy to follow. The characters are people we already know and love.

To start, there is Catherine the book's main character she's feisty, solid and committed to helping her community and empowering young immigrant women. Catherine is likeable because she, like many sisters, is trying to hold it down on the homefront and in the community.

Catherine is no nonsense, but she has a heart of gold and struggles with everyday issues such as parenthood and love like many women. Her parents gone, Catherine has surrounded herself with a team of friends who act as her family when times get rocky.

Cleage has also employed the use of other strong and likeable characters to bolster the plot. Phoebe is Catherine's bright college-bound daughter who deals with the complexities of life while seeking to find the identity of her father. Possessing a flair for the dramatic, Phoebe exclaims that she will never understand men because her mother has kept her father's identity secret all of her life.

There is also Ezola Mandeville, owner of Mandeville Maid Service. This self-assured former maid turned businesswoman who is larger than life and she even has the throne to prove it. Ezola is a complex character, on the surface appearing benevolent to her employees and to women who work as maids, but there is a darker side to this maven. It is no surprise she turns out to be an evil character in the end, because her name is too similar to a deadly, blood-sucking disease.

Ezola is not only the master of her fate, but also the master of disguise as she seeks to exploit black women rather than uplift them.

The male characters of the book are charming and likeable. First there is Lewis, one of Catherine's best friends and godfather of Phoebe.

Lewis, owner of the Atlanta Sentinel could easily be dubbed the fireman. He assists in dousing the flames that erupt between Catherine and Phoebe over the father issue. And it is the expose in his newspaper that ultimately cracks a bolstering child prostitution ring. All the while he is cool and collected and right there when needed.

Burghardt Johnson or B.J. is Catherine's first love and father of Phoebe. He is portrayed as a smooth as silk type of brother who simply floats back into Catherine's life effortlessly, but not before saving his love and daughter from eminent peril. Lewis, is Ezola's right hand man and partner in crime who is laughably described as having a sexy sultry voice that doesn't match his looks.

Beyond the characters, the plot takes juicy turns that deem the book a true page-turner. For starters Catherine's daughter Phoebe has demanded to know who her father is after 17 years of no information, not even a name. Catherine is flustered momentarily but she falls back on her plan to float fabricated journals with embellished stories of names of men from her actual past. While this tactic is laughable, and outrageous, Catherine forges ahead unmoved. The reader is left to question Catherine's motives and wonders why she just doesn't come clean with her daughter Phoebe.

Phoebe being the person she is begins a campaign of contacting the men in the journals and asks them to take paternity tests ’ again a laughable matter. This part of the plot is hysterical as the reader imagines the surprise of men who are contacted to take paternity tests from a person they don't even know. But these two comical and hard to believe aspects of the plot don't take away from the overall quality of the book.

The book takes on the air of a summer beach read as the plot floats effortlessly along. In describing events as they unfold, Cleage displays her extraordinary story telling skills by painting a clear and engaging picture of the storyline. These aspects include the luncheon for women where the scholarship announcement was made, B.J.'s writing history and his return to Atlanta and Miriam and Ettienne's journey from Haiti to the United States.

Other endearing aspects of the book are the social causes, which are covered; child pornography, community activism, the black press and the graphic descriptions of the professional black community in Atlanta.

Aside from the characters and the great plot, there are moments in the book, particularly at the end that appear to be wrapped up too quickly and neat so as to make for a happy ending. For instance, as the child pornography ring is facing exposure and demise, the plot unfolds wildly into a slapstick sitcom with a hint of CSI as the characters work to release captives and avoid trouble for themselves.

There is also Catherine and B.J.'s reconciliation. Though the two had a magical connection some 18 years ago, people change over time, and it's unbelievable they were able to resume their relationship with no major challenges. And as B.J. and Phoebe are introduced there is a heartwarming feeling of satisfaction, but it gave the ending a ’happily ever after’ feeling.

Overall, this is a well-written book and Pearl Cleage has established why she is considered a household name in African-American literature.

Her books are truly unique.

Read One World/Ballantine’s description of Babylon Sisters: A Novel.