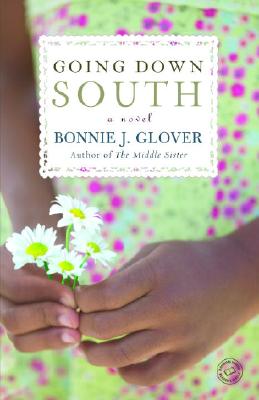 Read a Description of Going Down South: A Novel

When I started reading books many, many years ago, I came to the conclusion that there is no drama like family drama. A few years ago when African-American literature came into vogue once again, there were a good number of family dramas being published by African-American authors. Like the old adage say, you never miss the water till the well runs dry; well, in the middle of reading Going Down South, I did not realize how much I missed the family dramas. Going Down South, a novel by Bonnie J. Glover, is a family drama that focuses on three women and how their relationship with each other changes when the 15 year old daughter becomes pregnant in the early 1960s and long held secrets are revealed. Going Down South is a small, powerful, charming, yet graceful novel that shines like small bright rays of sunshine. The novel breaks your heart and heals it with wisdom and humor. I loved it.

Fifteen years old Olivia Jean Stone loves her father Turk Stone. Olivia has always been in battle for Turks affection with her mother Daisy Stone. The dysfunctional relationships between the three would have continued if it was not for Olivia Jean discovering that she was pregnant. Due to the times, Daisy could not allow her neighbors or family friends to know that Olivia Jean had gotten herself in ’the family way’. Daisy gets the bright idea to send Olivia Jean to live with her mother, Birdie in Cold Water Springs, Alabama. Although they had talked on the phone a few times, Olivia Jean and Birdie had never met in person. The Stone family travels from New York City to Alabama planning to drop Olivia Jean off, to live out the duration of her pregnancy, while Turk and Daisy return to New York City. Birdie throws a monkey wrench in that dream by stating to Turk and Daisy that one of them was going to have to stay on with Olivia Jean or no deal. Daisy decides to stay. It is during this time the three women will examine their histories, divulge secrets that kept them emotionally apart, develop feelings for one another and heal the hurt and anger that had evolved over the years between them.

I adored Going Down South! The characters and the story are well developed. Olivia Jean, Daisy and Birdie, as well as their relationships with each other, are the real stars of the show. Glover gives each of them strong, personable voices. In my opinion, the story did not truly take off until the three characters were isolated with each other and the layers of their relationship were exposed and the women had to deal with their buried emotions and each other. In this instance it became apparent to me how well Glover had solidly constructed the characters with a minimum use of words; distinct proof that sometimes getting to the point, literally, is the best route to go.

The novel is divided into four parts, with Olivia Jean, Daisy and Birdie each narrating the history of their lives, then finally, the section features them together. I had an issue with the characters individual sections’flashbacks. As you all probably already know by now, I can not stand flashbacks! When each of the characters was narrating their individual portion of the story, each section contained flashbacks. I eventually got over the use of the flashbacks because: 1.) the narrative was smooth and charming making it intoxicating to read; 2.) the last section which dealt with the three characters existing together under the same roof, was told in chronological order. I laughed and boohoo-ed throughout the book. By the time I started the last section of the novel, I had happily forgiven Glover for the flashbacks.

Going Down South was an incredible treat. The characters, the story, and Glover's fine, concrete, yet elegant touch provide a honey of a book. I did not know how much I missed reading family dramas like Going Down South until I finished reading it. I highly recommend Going Down South and look forward to reading Glover again in the future.

Read One World/Ballantine’s description of Going Down South: A Novel.