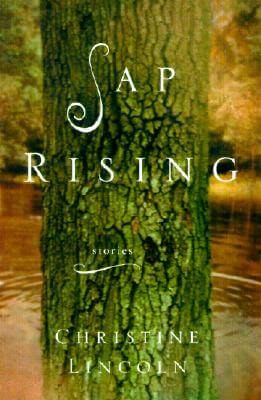 Read a Description of Sap Rising

There's music in the trees. Whether the trees are standing still under the blue cloudless sky, or in its embarrassed nakedness under gray heavens with biting wintry winds having its way with branches abandoned by the leaves it gave birth to at the whispers of spring. There's music in the trees if one chooses to listen. Sap Rising, the highly impressive and moving debut of Christine Lincoln, are stories told by an author who hears music in the trees through the change of the seasons and acknowledges the beauty and ugliness of it all.

Sap Rising is a short story collection that ushers the arrival of an author that bears future watching. The stories reveals the lives of a southern town called Grandview; moving from family to family, from one generation to another, with the gentle quiet assurance of spirits traveling through walls and dreams. Lincoln has a soft melodic style that I found intoxicating. I was enchanted, bewitched from the simple magnificence of Lincoln's stories as she unveils the underbelly of Grandview. Complimenting the melodious movements is the naked concrete reality of being black and living in America. Lincoln brings forth Grandville in the same manner that Ernest Gaines created and fashioned St. Adrienne, Louisiana or William Faulkner with his Yoknapatawpha County illustrating that as human beings relating to human beings suffer and celebrate universal joys, sorrows, cruelty, pettiness, love and anger that permeates the world at large; thereby exposing the completeness of man's heart. I have no qualms or hesitation in placing Lincoln in the company of these giants of American letters.

Lincoln has a clear, uncompromising view of human nature. In her first story Bug Juice, a young boy takes his first step toward manhood and awakening to the fact that the world is bigger than his front yard. A Very Close Conspiracy unfolds the truth behind the mythical ever presence of the small town fixture, the town's drunk. Lincoln softly, but securely, unveiled the lives of the stereotypical characters that we associates with Americana or Mayberry, RFD providing credence to the phrase ’What a fool believes, he sees’, for not all people or situations are as it appears. There's no deception or shading the truth in Lincoln's Tales, just solid storytelling told by an empirical poet.

Lincoln's Sap Rising makes the brilliant and glorious look deceptively simple and the truth, although at times may be bitter, will do the most good.