Book Review: The Queen of Harlem 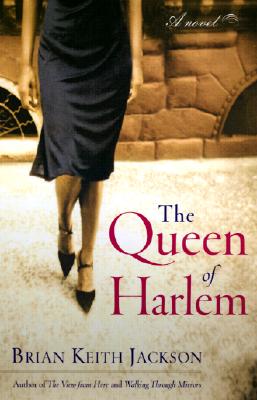 Read a Description of The Queen of Harlem

He has managed to fool us all! Because his previous work gave the impression that his was the authentic voice of the next generation of Black male southern writers, Brian Keith Jackson has "bamboozled" the reading community. His latest novel, The Queen of Harlem, features absolutely no poignant connection to the south, with the exception of the main character's esteemed Southern pedigree. Indeed Jackson has fooled us by deploying the very same display of talented storytelling that his readers and fans have come to expect. With The Queen of Harlem, what at first reads like another typical love story indeed becomes a story to love.

The Queen of Harlem is a tale that searches: for the identity of one's own lineage and history and for a reason to find pride, or shame, in what we can or cannot become. Unfairly derided by one reviewer as, "An African American Breakfast at Tiffany's", The Queen of Harlem is many things, but a tale of meaningless frolicking among jet set wannabe's it certainly is not.

The Queen of Harlem is the tale of a young man, who gets out of the way of his life by running away from his birthright. Mason Randolph arrives in Harlem from Louisiana, and experiences an epiphany: He realizes that his thus-far pampered life has not produced enough Blackness. He hasn't enough soul. He hasn't the much-needed 'ghetto pass'. Mason quickly abandons his prestigious up bringing of world travel and upper echelon education and takes on a new identity. With the purchase of an instant urban wardrobe, stolen colloquialisms and a new hairstyle, Mason the buppy steps into a virtual phone booth and comes out as ’Malik the homie.

Mason/Malik gets swept into the whirlwind of Harlem socialite, Carmen England. Carmen, a beautiful and polished woman exists in the delicious gray area of a young man's fancy: younger than a mother, older than a sister, and sexually stunning.

As the need exists, Mason/Malik morphs back and forth between his real self and his desired alter ego. For instance when his mother calls to discuss his allowance and future at Stanford Law school, he is the proper-diction speaking Mason. Yet when he masquerades through the New York night scene as an arm piece for Carmen, he is the dread-dangling homeboy Malik. His behavior prods readers to ask, do we also have two personalities? Do we behave a certain way at the office and then transform while in the presence of friends and family? Which is our true self?

Ultimately Jackson, in his typical cunning fashion, reveals that Malik is the fraud. Mason learns the world he enters by pretending to be what he is not, is also bogus.

As Jackson's words become brushstrokes that glorify his setting and create amazing imagery, he compels readers to look within themselves and ask what will happen when their fa’ades inevitably meet reality? The Queen of Harlem dares us to question our own background, education, and upbringing, prompting readers to ask, "Who am I?" And with the next question coming almost as an impulse -- "Am I good enough?"

Jackson's trademark as a writer is that he illustrates the beauty in brevity. Never one to burden readers with boat anchors impersonating books, he instead completes well constructed stories in enough time to grab a snack, a coffee, and maybe check one or two e-mails. He is one of the most masterful scribes on the scene. The excitement and insight of his writing is highly evident in sentences such as: 'Autumn has always been my favorite season. It's when time turns back on itself, if only for an hour.’ and 'The late January day was gray and the pregnant cloud-coated sky had yet to decide upon its offspring.'

No writer is flawless and perhaps Jackson's only blemish is that often times the dialect is not true to the character. Informal language is written, as "You need something?" as opposed to "You need somethin’?" There is a short list of novelists who have the ability to place readers so far into a story that the realism of dialect matters not. Jackson comes very near the top of that list.

Read Doubleday’s description of The Queen of Harlem.