Book Review: The Other Woman 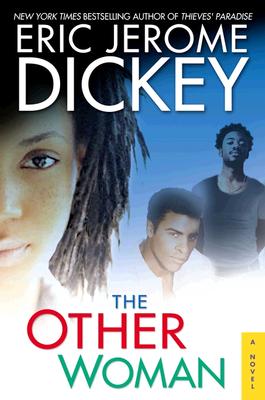 Read a Description of The Other Woman

If you have been following my reviews and/or discussion board over the years, you probably know I'm a huge fan of Eric Jerome Dickey. I've read and loved his previous seven novels, from Sister, Sister to Thieves Paradise. And so it is, with a little sadness that I must say that the bloom has finally fallen off the rose with Dickey's latest novel, The Other Woman. I didn't care for this novel, at all. Sure the book had a few cute moments, but a few cute moments don't make for a good book.

The unnamed narrator is a female TV news producer whose marriage to a high school teacher, Charles, is on the rocks, but she doesn't know it. Charles is having an affair with another teacher, Jessica Lawrence. The narrator becomes aware of the affair when Jessica's husband, David, tells her. The narrator finds herself in an alien land of deception, and confusion through which she has to clear a way to rediscover herself.

I picked up The Other Woman not knowing what to expect. I do know I wasn't expecting what I got. The Other Woman seemed to be on the surface just another ’Tornleisha Tale". The Tornleisha Tale is the story that features the high-powered executive sista who hates the handsome, honey-brown guy down the hall at work, but who her girlfriend thinks she should hook up with. Our heroine Tornleisha can't stand the sight of him. No matter how hard he flirts with her, Tornleisha will not be a notch on his bedpost. Then Tornleisha gets drunk and by some stroke of her fairy godmother's wand, she sees a side of the guy she had never seen before. The two end up having this hot love affair, only to have his mother, her daughter, or his dog come between them. And then one of them has an earth shattering, life-hanging-in-the-balance episode. Afterward, Tornleisha and the guy realize that they can't live without the other. And the book ends with a fabulous white Ebony Fashion Fair wedding. So goes The Tornleisha Tale.

As with all books that have stories based on formulas, it's not about the predictability of the story, its characters, or its ending that makes the Tornleisha Tales dislikable. The key is always what type of scenic route the author is going to take me through in order for me to get from point A to point B. Dickey's novels have always been above the standard popular formulas that plague many popular novels. Through the years Dickey has always given me a hell of a ride in all of his novels. And while it is true, The Other Woman doesn't follow the Tornleisha Tale formula; The Other Woman is the exception to my fondness and admiration for Dickey's novels.

When I started the book, I just wasn't feeling it. I will admit that once the story really got going, I was swept up in it, just not with my whole self. I was not captivated. I felt as if I was traveling through the country, in the middle of hot, humid, windless summer, on a Greyhound bus with no air conditioner. Yeah, I was moving, but I wasn't enjoying myself.

The Other Woman is a forgettable book. With the exception of the ending, which was incredible, the story was as flat as spilt beer on a barroom floor. However, The Other Woman is a landmark of sorts, for it was the first time that I had ever, during the reading of a Dickey book, began to wonder what another author's treatment would be with these same characters and storyline. It's true. About a quarter of the way through the book, I thought, and kept thinking, "I wonder what Carl Weber would do with this?" Kinda like fantasizing about a lover, when you're trying to love (and not quite succeeding) the one you're with, isn't it?

I regretfully conclude that The Other Woman simply wasn't the one for me.

Read Dutton Adult’s description of The Other Woman.