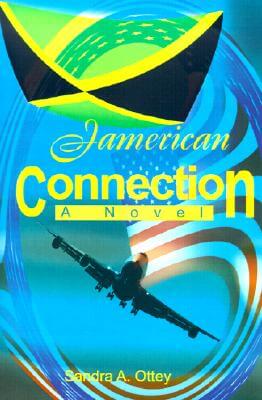 by Sandra A. Ottey

Read a Description of Jamerican Connection

Jamerican Connection, the novel sets its focus on three female characters, Rose Thorn, Laverne Fine, and Wendy Arnold. And of course all three have their own connections with various male counterparts. Rose is married, living in Jamaica, a stay at home wife and mother, high school dropout, who became a mother at a young age and without giving away the plot, let's say is not currently experiencing domestic bliss.

Rose is friends with Laverne and Wendy. The former also live in Jamaica, is a hair dresser and is involved in her own drama trying to determine her lover’s secrets and lies about his identity and nationality. Meantime Wendy, some years older than Laverne and Rose, lives in Brooklyn, NY and is in a long distance relationship with Miles, Rose's uncle. Of course Miles has his own connection closer to home.

The "Connections" weave through the web-like novel and take place both in the United States and Jamaica. Most everything you might imagine in heterosexual interpersonal relationships happens here. Not that the novel is entirely predictable, it isn't. But it feels as though with the sheer volume of characters, there is not enough time to develop any of them is this first effort. Now if this is the first of a trilogy, that's another matter.

The ending does tie things up, but with a little too much ease. The characters are engaging, I would just have liked to have had more suspense, more shock and surprise and fewer characters introduced and more attention to development. The American lives and the Jamerican lives were rich, but the Jamaican lives seemed very Americanized, although that may have been the point. Except when specifically told where we were in the plot, it always seemed we were in the United States. Despite it all, generally a good read for this first effort.