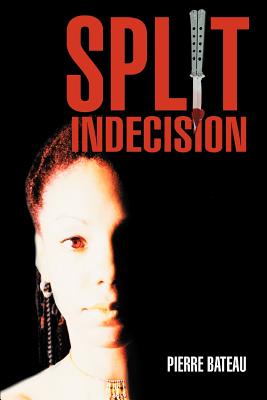 Read a Description of Split Indecision

Before reading Split Indecision by Pierre Bateau, be sure to sit back and fasten your seatbelt because this book is going to take you on a wild ride.

Bateau spares no imaginary expense as the book opens with an explosive scene as a young man walks into a therapist's office both determined to change his future and doubtful about how to do it. The remainder of the plot is similarly divided. From the scene in the therapist's office to the ending, the book reads like an adventure that is unfolding on the big screen with colorful characters each with riveting accounts of the psychological pain they have endured and what each must do to overcome their emotional obstacles. Bateau writes as artfully as a puppeteer maneuvering his subjects during a show does, where each character is orchestrated with perfect timing during each phase of the plot. His emphasis on relationships in the book reveals the complexity and relational relevance in which we all search for meaning in the circle of souls we draw around us.

Bateau is expert at revealing and making plain the complexities of his characters. There is Jacob Livingston, III who lost his parents to a brutal murder in their mansion. His sister Elizabeth, who is suffering from multiple personality disorder and her alter selves are at war with each other as she fights to save her mother from cancer and claim a part of her father's legacy and fortune. There is the sister like relationship between Cheryl and AJ who both have trouble allowing others into their personal lives but somehow come together to be exactly what each other needs, a sister and a friend. Bateau illustrates such nuances of personality, but makes no apology for character flaws and inconsistencies for they appear to be what connects on character to another.

Packed with so many twists and turns, this book takes on the feel of a high-speed chase down the freeway at 120 mph. The plot has it all murder, multiple personalities, sensuality, a family fortune and medical science and it's coming at you so fast that there's barely enough time to digest all of the facts.  As the book continues and the characters evolve, their stories spill onto the pages effortlessly.

Bateau explores the various elements of the psyche and the impact of trauma left unresolved. And congruent with New Age theory, the individual solves problems by looking within. Dreams are the metaphor of understanding and they provide meaning to events in the characters' lives revealing their fears, motives and desires. In this work, Bateau shows expert command of all things technical, from the genius of Jacob, his father and Elizabeth, to the understanding and real portrayal of the medical world. Beyond the technical aspects, his emphasis on the strength of family ties is commendable.

While the characters in Split Indecision appear to be at odds with one another originally, they eventually come together in a meeting of the minds to not only resolve their own inner conflict, but they manage to stitch together a life with one another. In the end the quote from Jacob Livingston II rings true, "Life is a journey that grows itself."

Bateau not only tells a story full of life lessons he adeptly encompasses all of the elements of a well-developed thriller!