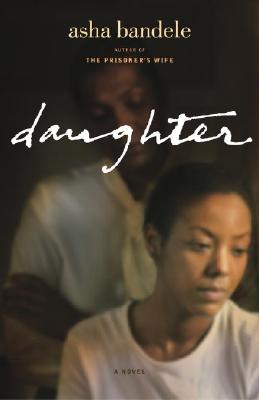 Read a Description of Daughter: A Novel

The novel, Daughter is a wonderfully crafted book and a smashing follow up to Asha Bandele's first book, The Prisoner's Wife. In this suspenseful and gripping book Bandele tells a story that is woven from the past to the present. She fully captures the essence of a complex mother-daughter relationship and their struggle to love and accept one another as they are. The book also addresses many other issues, which confront American society such as racism, police brutality, war, social isolation, poverty, parenting and young love.

The beauty of the story is that Bandele doesn't hide from the painful aspects of Miriam's relationship with her daughter Aya. She allows the readers to feel the anguish Miriam faced when she had to choose between her parents and her new love, Bird. And she wonderfully highlights the challenges the couple faces as they begin their life together and struggle financially. She also shows the shame and determination Miriam felt after Bird's death and in the face of having to raise their daughter alone.

Throughout the book, Bandele uses a series of parallels to illustrate the complexities of Miriam's relationship with Aya. On one hand there is Miriam, youthful and in love, life held so much promise for her. She meets the love of her life and feels so blissful, yet her parents do not accept her choice. Fast forward 15 years and her own daughter Aya is budding on the edge of womanhood. She is full of life is trusting and wants to believe in herself but cannot find the approval she desperately seeks from her mother. Rewinding back 15 years, once Miriam discovers love, she shares with her parents and they tell her, she should wait and focus on her education first. Miriam is clamoring for her parent's love and acceptance, yet she struggles to openly show acceptance to her own daughter.

Bandele is so wedded to illustrating the concrete wall that exists between mother and daughter that Aya's silent pleas for attention cry out like a verse to be read on open mike. The poet in the author is evident throughout the book. As Aya prepares for a run one evening she thinks:

After Aya is shot by police and is recovering in a hospital room, her mother Miriam begins to replay the words of her mother teaching her about life and being a woman:

If you are born a woman you must always remember to walk with your own things. Money, keys, change for the phone, the bus schedule, a train ticket. A woman has to be prepared even more so than a man. She must never forget that.

And again as Miriam is discovering the kind of love she is searching for in her life:

What she needed was the sort of love she overheard girls in the lunchroom whisper about. It was the sort of love she read about in books, or saw on the big movie screens. It was the sort of love that men sang about in the songs you danced slowly to, or else you cried. It was grown up, weak in the knees, tell all your secrets, carry it in your pockets, pull it out for your friends to peak at, pull it out at night for one least glance before curling up and sleeping with it love. It was the twist it in your hair, rub it on your lips, wrap it around you twice, dance and grind with it, sing to it, cry on it, beg for it, worry about it, run down the street after it, knit it into a sweater, wear it with anything love.

This pattern permeates throughout the book as love blossoms and fades and newer pleas, demands and realities take its place and it gives the story the feel of a continuous poem.

Another fascinating aspect of this book is the subject of police brutality and murder. The topic is underrepresented in the news media and the victim's life rarely portrayed. Bandele uses the venue to illustrate the ordinariness of the victims, both Bird and Miriam. She shows with their stories how Bird a Vietnam veteran was repeatedly harassed in his own neighborhood, and how after his death, his daughter Aya also fell victim to police brutality.

But what makes the book such a gem is that Bandele is able to take complex social issues dissect them and make them plain and yet entertaining at the same time. The various themes encourage readers to understand and have compassion for others. Bandele captures the essence of what it means to be a daughter in search for identity and a fulfilling life. Her writing is crisp, clean and melodic, especially when describing the budding love of Miriam and Bird. In the end as the similarities between Miriam and Aya become clear there is no doubt that mother and daughter have more in common than either realizes. With every turn of the page this story leaves the reader wanting more. The author's third book is eagerly awaited.