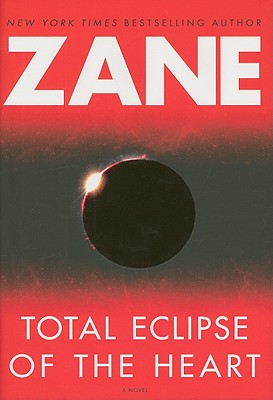 Read a Description of Total Eclipse Of The Heart

Brooke Alexander is a waitress at a diner.  She lives with her lawyer boyfriend Patrick Sterling, who comes from an affluent family.  Brooke’s and Patrick’s relationship is mentally and emotionally abusive, weakening her self-esteem.   Patrick’s family treats her like crap because they feel she’s not good enough to be with their son.  Brooke is at the end of her rope.

Damon Johnson has been married to his wife, Carleigh for four years.  He loves his wife and his marriage.  There are times when Damon feels like a trophy husband because Carleigh shows him off like a prized trinket to her girlfriends and everyone else.  He puts all of that aside for the sake of his marriage and he loves his wife.  Carleigh does not make such sacrifices for Damon.  For instance she does not support all of his endeavors, like his dating website.  All of these things are minor when looking at the big picture of their marriage.

The two couples, who do not know each other, lives will become intertwined when a crack head gets behind the wheel of a SUV and starts mowing people down at a music festival.  Tragically, the aftermath will link these two couples’ relationships.  No one will emerge unharmed.

Zane done put my job in jeopardy because of this book, Total Eclipse of the Heart is a page turner!   I made a mistake and took this book to work.  I thought I would read it during my breaks.  I started the book while I was eating my breakfast and read the novel in one sitting!  I sat at my desk and did not do a solitary thing but read this book.  I got pissed if anybody called me wanted me to repair something, attend a meeting, anything.  I just wanted to be left alone!  Next time I read a Zane book, I’m going to wait till the weekend to read it.

The characters were finely created.  Zane took the time slowly develop all the characters.  Although Brooke and Damon are the two main characters, Zane had to build up their partners in order to provide a thorough overview of the two relationships.  It’s the relationships that are the real stars of the novel.  As the story unfolded, it wasn't so much the characters moving through the story as it was their relationship.  I saw each of them expand and contract as the story progressed.  I loved it, a welcome change of pace.

I do have one complaint, well; it’s not really a complaint.  At the end of the novel, Zane threw a zinger at me.  I’m not going to say what it is, but it’s a little jab that rocked me.  I will say that the zinger did not change the story.  It did, however slightly, mess with my perceptions of the characters, but not the story itself!  The zinger is clever, extremely clever, because it demonstrated how strongly constructed the story is.  I want to go on record and tell other aspiring authors, don't try using this zinger at home’leave it to the professionals.

Total Eclipse of the Heart is wonderfully solid novel that examines two relationships.  The story flows well with an ending that will cause you to re-evaluate everything you’ve read; thereby, bringing and unforeseen complexity to the novel.  I have to give Zane mad props for this one.  Well done.

Read Atria Books’s description of Total Eclipse Of The Heart.