Book Review: The God Who Begat a Jackal 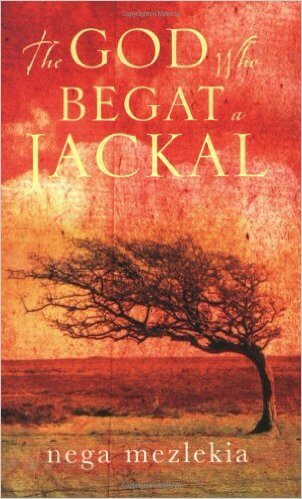 Read a Description of The God Who Begat a Jackal

The great author of American letters, Albert Murray, wrote in his recently published book From The Briarpatch, ’The goal of the serious storyteller is to fabricate a truly fictional legend, one that meets the so-called scientific tests of validity, reliability, and comprehensiveness.’ The Ethiopian author Nega Mezlekia fulfilled Murray’s statement with the publication of The God Who Begat a Jackal. Mezlekia, the author of the acclaimed memoir Notes from the Hyena’s Belly, debuts with his first work of fiction in a magnificent joining of the oral tradition of storytelling and inquisitive determination of a historian. Mezlekia enfolds the distant past world of African royalty, slavery, class, mystical figures, an inquisition and military battles that is the concluding effect of a love between a male slave and a woman of privilege. The God Who Begat A Jackal is an all-encompassing, enriching tale that I thoroughly enjoyed and considered one of the best books of the New Year.

The God Who Begat a Jackal is narrated by the son of an overseer, Teferi, who tells the story of Aster, the daughter of Count Ashenafi, who falls in love with Gudu, the Count’s court jester and slave, in pre-colonial Africa set in a country that is today Ethiopia. Aster, the only child of Count Ashenafi, a selfish and egotistical ruler, is a strange child with mystical powers. It is Aster’s social position that isolates her from the world, more so than her ability to read people’s minds and walking through walls. After a tragic experience, the Count posts his court jester, Gudu, as one of Aster’s guards. The two soon fall in love. Although it’s not ’a love that dare not speak its name’, it’s close, for it is unacceptable for a young woman of royal lineage to marry outside her social standing, and to a slave no less. In the wake of Gudu and Aster clashing against the world in order to be with and love each other, military battles are fought, witches prophesizes, villagers are killed for their beliefs, and a monarch is destroyed. How’s that for a Calgon-take-me-away story?

I was transported back to warm memories of my childhood where big picture books and fairy tales were the holes in which I fell to travel to other worlds, launching my dreams and imagination. The God Who Begat a Jackal flowed wonderfully. The sweeping novel emerges as a Hollywood epic waiting to be filmed and applauded. I did not so much read the book as saw a motion picture of the story in my mind’s eye. The characters were fully drawn and imagined. Mezlekia didn't construct pre-colonial Ethiopia in environmental, social atmosphere and recreating the ruling class hierarchy, but he allowed the story to flower, bloom, as if tulips in March. Mezlekia writes as if John A. Williams came down from the mount and blessed him. Mezlekia interweaved fiction with historical facts seamlessly. If The God Who Begat a Jackal isn't an Ethiopian folktale, it should be. The God Who Begat a Jackal is a picture-perfect novel.

Read Orion’s description of The God Who Begat a Jackal.