Book Review: A Person Of Interest 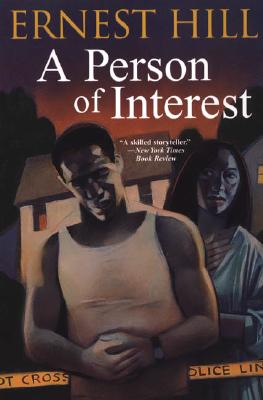 Read a Description of A Person Of Interest

I have begun looking forward to reading novels written by Ernest Hills. I became a fan of his work after reading two of his previous novels; It's All About The Moon When The Sun Ain't Shining and Cry Me a River. I came across a copy of Hill’s A Person of Interest when I was cleaning my office. Yeah, I am a little late to the party deciding to review the novel, but I'm glad that I did. A Person of Interest is the story of a man suspected of killing his family and the woman who loves and believes in him; and is determined to clear him of the murder charges. I really liked the book, in spite of a major issue.

Luther Jackson has been arrested for the murder of his wife and young son. The bodies were found in the living room of the family's home; burned and reeking of the smell of gasoline. Felicia Fontenot recently moved back home to Tennessee to attend to her ailing mother after the death of her husband of 20-plus years. Felicia and her mother live across the street from Luther, which makes for a somewhat awkward situation. Over 20 years ago Luther and Felicia was engaged to be married. Luther dumped Felicia to marry his now dead wife. After all of these years, Felicia is still in love with Luther and doesn't believe that he is capable of committing such a dreadful act, so she sets out to prove his innocence.

I liked A Person of Interest. It didn't send me over the moon, but it was a fast, absorbing read. The characters were nicely developed, nothing extraordinary. The novel had a bit of mystery to it but Hill did not play up the murder mystery aspect of the story. At the beginning to the novel, I thought the murder mystery angle was where Hill was taking the story with Felicia playing the detective; however, this was not the case. I was a little disappointed because it would have made for a richer story.

The most compelling quality I found about the novel was that Hill displayed a remarkable skill of timing. The majority of the novel takes place over a few days; from the time Luther call the police to report the murders to when Luther is arrested. Hill moved the story so that it unfolded in the same rhythm of a drunken Billie Holiday singing I Loves You Porgy coming in months behind the beat, but the record still clocks at three and a half minutes in length. The story was detailed, yet I was not bored. With the use of well placed flashbacks-I've been on a kick lately concerning the poor use of flashbacks for a while now-the narrative was luxuriating. I was impressed.

The only part of the novel that did not sit well with me was the ending. The ending was rushed, causing me to do a double take because it ran opposite of the flow of the book up to that point. The ending reached a highly unlikely conclusion that came out of nowhere. I read it again to make sure that I got it, unfortunately I did. I finished the book with a sour taste in my mouth. What a shame too, because the book was pretty good up to that point.

Overall, A Person of Interest was a good read. I would have had a higher opinion of the book if the ending had been tighter and flowed in the same vein as the rest of the novel. I took a couple of points away because of it. The novel is worth reading. I have no regrets on that score. I recommend A Person of Interest.

Cry Me a River by Ernest Hill
Reviewed by Thumper
http://aalbc.com/reviews/crymeariver.htm

Read Dafina’s description of A Person Of Interest.