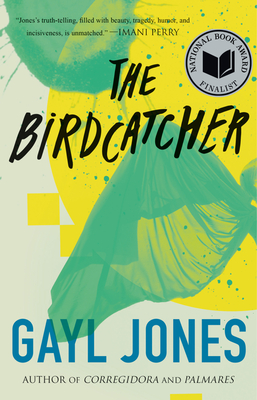 Read a Description of The Birdcatcher

What the iconic African-American writer James Baldwin once told the young writers about the traditional stature of the prominent writers who put pen to paper was that it was both the content and versatility of the scribes who would endure through the ages. Such is the case with the mysterious Gayl Jones, whose exciting imagination and controversial vision will yield a handful of fever dreams in the next few years. This is one of the five works coming from the elusive Jones within a five-year publishing cycle.

First published as Die Vogelfangerin by a German publisher in 1986, The Birdcatcher follows Jones’ recent epic work, Palmares, which was a finalist for the Pulitzer Prize. This new novel, with a sardonic narration by writer Amanda Wordlaw, who chronicles a trio of Black American exiles chasing the boring but desperate existence of a life of leisure on “the white-washed island of Ibiza.” Wordlaw, once known as a noted erotic writer with titles such as Don’t Let Cowgirls Fool Ya? and The Other Broad’s Story, has changed up to pen mundane travel books. She is seeking redemption as an established cultural scribe in a more traditional subject.

With deep insight, unflinching eye for detail, and scorching dialogue, Jones challenges and dares the reader with her depiction of Amanda’s bestic, Catherine Shuger, a talented sculptor who has been constantly institutionalized for attempting to kill her husband, the ever-faithful Ernest, a free-lance writer for popular science magazine. The result is a wildly, modernist romantic yarn worthy of the British writer Harold Pinter high on LSD or magic mushrooms. Everything is on tilt and slightly offbeat.

This book features the hypnotic, highly personal waking dreams of Jones in full literary throat, dismantling what makes humans function in a tourist paradise of white sand, oranges and eucalyptus. “But to tell the truth the lace is fully of dangers,” Amanda explains. “The dangers, however, are not directed toward me but toward Ernest. You see, Catherine sometimes to kill her husband. It has been this way for years. He puts her into an asylum, thinks she’s well, takes her out again, and she tries to kill him. He puts her in another one, thinks she’s well, takes her out again, she tries to kill him: on and on.”

Once the reader grows accustomed to Amanda’s wry observations of the trio and the screwball characters in their orbit, it is the author’s marvelous skill for creating oddball characters with great supporting roles that illuminate the core three personas. An eccentric white painter, Gillette (like the razor blade) and her unruly child, Tatum, as the other grown-ups watch this parenting mishap. The other character, Hog, a Black man with his lower body entirely white, becomes Amanda’s spiritual guide and lover.

Some scenes are long and extended, while others remain short yet quite effective. There are several hot-button issues and topics which the author teases to great effect. However, readers know her ability to provide shocks in sheer moments of horrific reality, such as a friend of Catherine, who used a cracked mirror to maim her sex, not her wrists.

Reminiscent of her stunning novel, Eva’s Man, the scene’s overall effect is heart-stopping. “No,” Jones writes boldly. “Straight for the cunt. They saved what they could. Of course, they’ve got to wait till it heals to find out much they did save. I believe in saving the beaver myself, and sparing the rod too.”

However, all is not blood and gore. There is meaningful dialogue about female creativity, the role of man vs. woman in the quality and commercial worth of artistic projects, and the importance of art colonies. A few comments of Gillette the painter rate as sour truths that the reader will absorb before realizing the kernel of wit inside them.

“I was a real bitch then,” Gillette says. “I thought you had to be a bitch to make great art. Like if Picasso had been a woman, he would have ben a bitch. Like a woman’s a bitch when she makes the same choices a man would make without thinking.”

A clinic in maintaining a precise, urgent style, Jones works out a complex patchwork in her characters and their situations, using a splendid bareness of narration and dialogue. A balance within scenes calls for the author to do an artful trapeze art in her spontaneous dramas, ending in dire consequences, slightly askew yet profound one moment, and the next abstract and jarring. There is no description of grief or sadness, all viewed on the verge of madness. Her work lightly borrows from a mixed recipe: a cupful of Francoise Sagan and Marguerite Duras, a tablespoon of Hemingway and Borges, a pinch of Kathy Acker and Carline Hatcher Polite. It’s all blended so well.

Amanda sees two old women hipping each other with tree branches women, asking them why are they doing this? They reply: “For errors we made when we were young women like you.”

Beneath the obvious scandals and unrestrained honesty in The Birdcatcher lies a sense of grace and improvisation, with an avant-garde assurance that all words matter. These characters are on par with any of the people she has created. Gayl Jones is an exceptionally talented writer.