Book Review: Gather Together In My Name 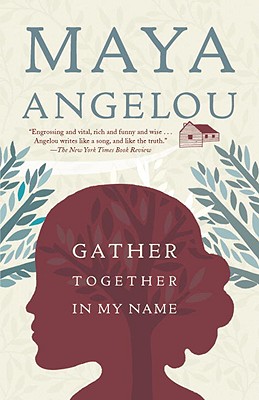 Read a Description of Gather Together In My Name

You know, there are times when I simply LOOOVE being Thumper and reviewing books. Reviewing Tracey Price-Thompson's latest novel, Gather Together in My Name, is one of those times. Price-Thompson's latest novel centers on the relationship between two brothers and the rape/murder that exhibited the love, loyalty, and utter dysfunctional family relationship. Gather Together in My Name is fast paced, highly emotionally charged, near brilliant novel that left me shattered. I loved it! Cutting to the quick, the novel is an ass wiper!

The novel opens with Shyne reflecting on his life, in the last hours of his life. Shyne, real name Isaiah Raynard Blackwood, is on death row for the murder of his white ex-girlfriend and the rape/murder of her 3 years old daughter. As the novel unfolds, the people-directly and indirectly, affected by the murders-tells how the murders and Shyne's death row conviction influenced their lives: Shyne's highly successful twin brother Shug, Gabriel Blackwood; Della Blackwood, Shug and Shyne's mother; Janet Lovitz, the assistant district attorney; Deborah, Shyne's long suffering girlfriend; and Virgil Banks, the warden of the prison Shyne will be executed in. As each of these characters narrates their stories, the storyline undergoes interesting and complex twists and turns; whereby, the story becomes a mystery with an ending that is out of this world!

Gather Together in My Name is OFF THE HOOK! Frankly, I have nothing negative to say about it, except that I did not want the book to end. The book read like riding a rollercoaster in a car made up of a warm luxurious Calgon-take-me-away bath. The different narratives, the flow of the story was ice smooth, which heightened the tension and shock that the storyline generated.

All of the characters were excellently defined. There was no way Price-Thompson could have pulled off this novel if the characters were not solidly constructed. The characters possessed distinctive voices. It was easy to know when another character assumed the narrator duties. As each of the characters relayed their story, Shyne's life story became fuller, richer. Price-Thompson took what I would have considered a thug/gangsta storyline and gave it an intricacy, humanity, and reality that these storylines are seldom treated with. Price-Thompson accomplished an additional feat, she had the nerve to create a real multi-dimensional monster whose actions and motives were both psychopathic and sociopathic, yet intertwined with love and loyalty. I loved-ed it!

Gather in My Name is an ass wiper*. Yep, that's the third time I've said it. *big smile* The novel is completely absorbing. The story had a number of layers that by the time I got through the ending I was an emotional wreck. As if that was not enough, the epilogue left my heart broken and bleeding on the floor. I'm telling you, the novel is all of that and then some.

What impressed me the most about the novel is the quality of Price-Thompson's writing. If I am not mistaken, I believe I have read almost all of Price-Thompson's novels, starting with her first novel Black Coffee. Whenever I finished a Price-Thompson novel, I always believe that it was her best book, especially A Woman's Worth (another real ass wiper of a book). After reading Gather in My Name, I am confident in stating that Price-Thompson is fast becoming one of our leading authors, creating works, which in time, will be regarded as classic fiction.

Read Random House Trade Paperbacks’s description of Gather Together In My Name.