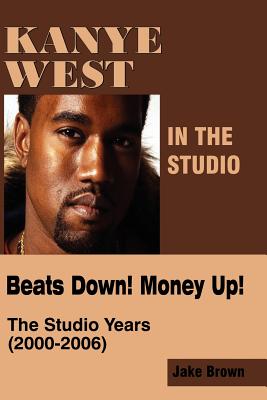 ’Many brilliant artists are dead long before their impact is recognized and crystallized, or even established and explored in any analytical depth with hindsight of the past to compare and contrast with. Beethoven died in an unmarked grave; Van Gogh cut off his own ear out of artistic frustration over a lack of acknowledgement. Thankfully, Kanye West is getting his due props now, in the moment, because he demands it’

Few realize how important Kanye West has been to the last five years of hip-hop’ It is arguable that only Dr. Dre had had a more rounded role in shaping the way the world of hip-hop has turned since 2000 dropped, and even a brief glimpse over Kanye West's production resume’ leaves no doubt that his musical legacy will be looked upon and studied for its historical importance in the years to come.’
’Excerpted from the Introduction (p. 5-6)


Kanye West caught the entire country's attention during the aftermath of Hurricane Katrina when he summoned up the nerve to call President Bush a racist during a live, nationally-televised broadcast on NBC and several other of the network's channels. A six-time Grammy-winner, West was a hip-hop producer who made his own splash in 2005 with the release of his first CD, College Dropout.

Like a lot of famous rappers, he comes from a middle-class background, having been raised by a single-mom who was the chairman of the English Department at Chicago State University. However, in contrast to most of the more macho gangstas in the industry who never show themselves as vulnerable in their music, Kanye revitalized the genre by ’allowing the listening world to see inside the mind of hip-hop through a much more honest and sympathetic lens.’

This is the contention of Jake Brown, author of Kanye West in the Studio: Beats Down! Money Up! The book is the literary equivalent of a fanzine, being basically comprised of uncritical assessments of Kanye's career plus plenty of publicity photos and informal snapshots of its celebrated subject.

I suspect that this sort of adoring tome might be Mr. Brown's stock in trade, as he has also penned biographies of such hip-hop icons as Dr. Dre, Biggie Smalls, Tupac Shakur, R Kelly, 50 Cent, Jay-Z,and Suge Knight. While not quite persuasive that comparisons to giants like Beethoven and Van Gogh are in order, one does come away from reading this opus convinced that Kanye does at least have a contemporary message which resonates with this generation, though only time will tell whether it will continue to do so over the ages.