Book Review: Color Me Butterfly: A True Story of Courage, Hope and Transformation 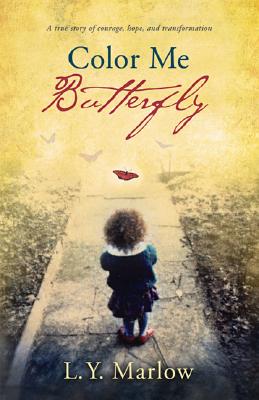 Read a Description of Color Me Butterfly: A True Story of Courage, Hope and Transformation

This book spans a 60 year period in the lives of a family of strong African American women who survived domestic abuse one generation after another. Very well written and easy to follow this book is a classic literary gem. Told by the very eloquent third generational daughter, Lydia; it is a tale that will keep the reader turning the pages late into the night touching the heart and giving rise to hope for victims of domestic abuse and admiration for these amazing women. This is a story of mothers and daughters, a story you may never forget.

Set in Philadelphia where the family settled after leaving South Carolina; we meet Eloise and her husband Issac Bingham. With their three young children, they have set up home in North Philadelphia expecting a better life but circumstances prevail that they never expected or even knew how to handle. Filled with unconditional love and Southern family values; Eloise had faith that she and her children would survive the most horrid abuse and pain that Issac wreaked upon his family.

Alcoholism, racism and depression played a major role in the demons that plagued Issac over the years. These demons continued to control him as he struggled to provide for a family that grew to include eight children and a dedicated stay-at-home wife. The harder he worked, the less he was able to prosper until he no longer cared that he was no longer the man he started out as. Both his children and his wife lived in constant fear of him. As he beat and degraded his wife and offspring the reader often wondered if this family would survive. But survive they did with their faith in God and the determination to turn tragedy into hope.

Eloise's daughter Mattie found herself living out her mother's life, despite her intentions to avoid the same situations that she faced as a child. Her husband's death by a racist killer in South Philadelphia was the tragedy that freed her and her children. Yet; her strong-willed and talented daughter Lydia still found herself secretly closeted in the same abuse that had befallen her mother and grandmother as a teenager. It was a tale of generational curses passed down from mother to daughter until Lydia's strong-willed persona fought to break the chain of abuse. She ultimately won the battle preventing her daughter, Treasure from the same fate. She wrote this book to inspire other women to do the same.

Despite the pain that these women had to live with; they never once gave in to their weaknesses and continued to be strong mothers, loving their children in the midst of their sorrows and giving their daughters a reason to stand. The siblings stood together supporting one another without passing judgment bearing each and every horrific circumstance. The reader had to love them and cheer them on as they moved from despair to hope to triumph. This is what the African American legacy of courage in the face of all odds is all about.

The last book that I read that touched me as much as Color Me Butterfly was the best-selling novel, The Darkest Child by Delores Phillips but even the horrors that family faced did culminate in triumph. Read Color Me Butterfly and you will be empowered in ways that you never knew still exists.

Read To Be Determined’s description of Color Me Butterfly: A True Story of Courage, Hope and Transformation.