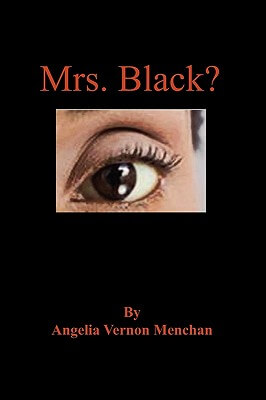 Read a Description of Mrs. Black?

Angelia Vernon Menchan who also has written under the name, acVernon Menchan has just released an new novel that takes us further into the world of the residents of Center City, Florida. We met the usual suspects of Center City in her debut novel, Black's Trilogy: Black's Obsession. The trilogy also included Book Two: Cinnamon's Universe and Book Three: Brown's Possession . . . A Family's Progression.

What an interesting bunch the residents of Center City have turned out to be. The author has developed a cast of main characters that have layers of complex human traits. Even her secondary characters are memorable.

Malcolm Black the lead male character she introduced in the first book always keeps you guessing. You ponder his determination as he continues to do three things: make millions of dollars, give back to his hometown, and love Cinnamon Dubois Brown, his childhood friend. Not much more matters to Black.

Well in this new book, he hasn't changed a bit. He and Cinnamon have developed a Learning Center for the people of Center City that gives them the tools to develop their lives in a sound academic setting. They are working together every day but have not caved in to their desires for one another.

Meanwhile; Cinnamon has tired of Brown's womanizing ways. After one more affair leads to the husband of the married woman he has bedded trying to blackmail the now famous writer, Cinnamon; she has had enough. The husband even has explicit pictures of Brown and his wife together that he threatens to release to the media if Cinnamon does not give him a certain amount of money.

Although the money is not a problem for Cinnamon; her self-esteem and pride will not allow her to turn her head this time. Cinnamon asks Brown to leave the family home. She decides that a legal separation is the only way for her to heal from his disrespect for their marriage. She needs to decide whether to end the marriage and finally divorce a man who has never been faithful to her.

This is a big step for Cinnamon and it is a difficult decision but she finds that it frees her in so many ways. Always the nurturing wife and mother; Cinnamon finally puts her own needs first.

How both families, including the son and daughter that she has raised with Brown, both families, and the town folk react to her decision is a story full of surprises.

As I read Mrs. Black? all of the familiarity of the characters immediately returned to me. The storyline is part soap opera and part Black family history. I felt like these characters were people that I knew and the setting was some place that I had been. I thought it was quite a remarkable read.

I am partial to books about upper class African American people who haven't forgotten where they come from and who use their resources to empower their community. It's like a breath of fresh air, these politically-correct wealthy Black folk. I'd love to see this story as a series on late-night BET.

Pick up the entire series. I won't let the cat out of the bag on how all of this relates to Malcolm Black but you can be sure he is waiting in the wings for his precious Cinnamon.

What will happen now that she is free? Tune in, same place, same time and you will not be disappointed. Angelia Vernon Menchan is a writer who will consistently keep you waiting for her next release.