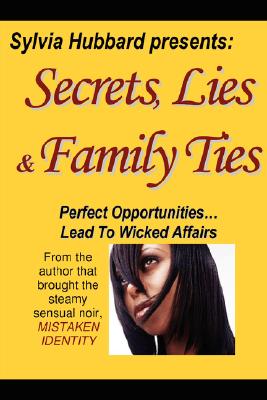 The story opens as the characters prepare to attend the first reunion ten years after graduation from  GreenLow's Academy, a private high school.  The main character, Grae still held issues from her high school experience.  She was the overweight and not so attractive young girl who had lost her mother and had never known her father.  She was on scholarship being raised by a lawyer who was her guardian.  A very focused student, she never had the time to enjoy the normal activities of teen life.  She was determined to succeed and become the smartest Black woman n the planet.

Ten years later; it looked like she had accomplished her goal.  She ran a very successful Internet and Marketing Solutions company in Detroit and also worked as a consultant for many major corporations.  Her battle of the bulge had also been won and she was now a very beautiful African American woman with all of life's perks; yet she still felt like the overweight nerd of her teen years.  She still had not managed to get a personal life and was disappointed that she had never had the courage to be adventurous and daring.

Ezekiel Chambers, a white student was the man she had lusted for since childhood.  For all of the years that she attended Greenlow's Academy, she had dreamed that he would one day see past her flaws and show some interest in her, but Zeke, as he was known was one of the richest and most popular boys at school.  His best friend, Leon was president of a fraternity, The Black Unattractive Female and Men Club (B.U.F.A.M.) that took advantage of girls who felt that they would never get the chance of being with a cute guy.  The fraternity was designed to offer these unattractive females a chance to lose their virginity to a popular or handsome guy at the school.  Grae still had vivid memories of those years when she received an invitation to be one of those degraded young girls each and every year; despite her success and despite the fact that she was now one of the most beautiful women in Detroit.  She had come to the reunion with hopes of reuniting with Ezekial without him being aware of who she really was.  From that point on the storyline got hot and heavy.  Hubbard's tale of mystery and intrigue was what readers would call a real roller coaster ride.  I was not prepared for some of the highs and lows and the dips and turns as this story unfolded.  I just loved this book.

Grae, a shy and reclusive young woman steeped out of the box and gave the arrogant and deceitful Zeke a real run for his money.  She became the woman of his dreams that he just had to capture.  As the real story of her parentage was revealed and so many family secrets of the other characters were told, the bits and pieces came together that gave the reader an ending they never expected.  I was hooked as Hubbard's story wove a tale of betrayal, murder and secrets way beyond my imagination.  If you are tired of the usual stories that one can easily guess at then Secrets, Lies & Family Ties is the book for you.  You’ll love the different personalities of her characters, her descriptive settings and the fast paced action in this novel.