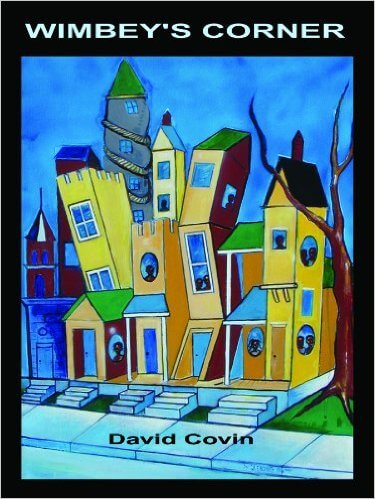 Read a Description of Wimbey’s Corner

At first glance, one might think that Wimbey’s Corner is a story about a big and black country bumpkin’ named Wayne Hunter who moves from a small town in Kentucky to the big bad city of Chicago and gets in way over his head when he gets involved with a pimp known as Light. Though he may have had an incident in Kentucky that will live with him for the rest of his life, nothing won't be as life-altering as his transformation to big city life and the big city world of pimps, hoes, and danger. Yes, it's about that but more.

As one reads further, one may think the book is about the history and present times of a strange and wonderful community of Negroes in Evanston, Illinois in the 1940s, called Wimbey’s Corner. Strange because it is a microcosm of blacks living amongst a community of white millionaires. Wonderful because the community is unlike the mean streets of Chicago. Neighbors look after each other and protect one another's secrets. Blacks speak properly. And an education at the finest schools is possible. It is about that too.

One may even think the book is about Tommy Brown, a black World War II sailor, whose has a thing for fine ladies and a bad temper that lands him in hot water. Keep in mind, we're talking the 1940s where racism exists in the form of Jim Crow; it exists in the streets, and it even exists in the military hurting the very servicemen defending the country. Or a person may think it's about Tommy finding the love of his life in a single mother named Electa. It is about that as well.

Wimbey’s Corner you might say, is even about strong and unforgettable characters like Mackenzie Sweet who vows to be the longest living Negro ever and even revels when other black people die (He even loves war and the Ku Klux Klan since they're both responsible for the deaths of so many Negroes other than himself.). Or you could say it's about Wayne Hunter and the uncontrollable lust and hunger that fill his head when it comes to beautiful women. And yes, it could even be about Tommy Brown, a proud sailor who has been hurt by love in his past but somehow finds a way to love again when it comes to the beautiful Electa.

Yes, the book is about all of them, and that, and more. It's about these characters“ lives and their family's lives. It's about lust, anger, greed, envy, death, vengeance, humor and even love. And it is definitely about unbridled sex. And it all comes together beautifully.

Fans of street lit, drama, and romance alike will find something to love in this novel. With a tighter edit (a few typos and some confusion regarding point of view), there is no doubt that this book could find a very broad audience and could even be a movie.

David Covin is a unique and gifted writer who has a way of enchanting his audience with his imaginative, humorous, and vibrant writing style. He uses repetition as an art form and always keeps you on the edge of your seat, turning page after page. Wimbey’s Corner is one of THE books of 2011. If strong language doesn’t offend you, you will not be able to put down this novel until the very last page. It’s that good!