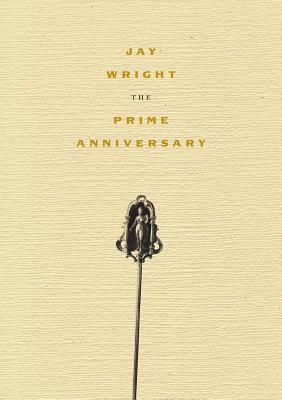 Read a Description of The Prime Anniversary

Jay Wright is an acclaimed poet, essayist, and playwright. Wright is the author of several collections of poetry, which include but are not limited to Disorientations: Groundings (2013), Polynomials and Pollen: Parables, Proverbs, Paradigms and Praise for Louis (2008), and The Presentable Art of Reading Absence (2008).

Jay Wright’s anthology of poems have been, by far, the most challenging poems of all to read as a creative intellectual he merges African, Mexican, Spanish, and Navajo cultures in his poems with mathematical theories. His poems examine harmony in an arithmetical lens and go back pre-Socrates to analyze thoughts in verse.

Wright references many psychiatrists, poets, mathematicians, and other intellectuals in The Prime Anniversary, adding to its complexity and its depth. In one poem, he references about three different figures: a philosopher, an author, and an adventurer. Wright depicts them as the following:

Aristoxenus disturbs; he allows no strict
intention in motion, no voice without its space.
Cleonides defends himself with commonplace
notions of a point on a line […]
[…]
Call upon Guillen, his radical confidence
in singing the world’s blossoming transience.

Aristoxenus and Cleonides, the philosopher and author respectively, are having a discussion between each other. Although Cleonides “defends himself” with evidence, a third-person—Guillen, the Irish adventurer—steps into the discussion to supply his input. This poem speaks harmony because three men from diverse backgrounds, three different fields, are coming together in one space for a briefly. The poem is short, and the definition of transience is to last for a brief time. By no means a coincidence, the three men are co-existing in a shared space, in harmony for as long as their conversation ensues.

Wright’s writing pushes his reader to their intellectual limits, but his use of foreign symbols, a foreign language without translation, was jarring. It was frustrating not to have access to a translation and be unable to look one up due to unfamiliarity with the language. In one poem there is an unfamiliar phrase used,

[…] a perfect pitch
and revelation, a neutralino on its
haunch.

Taking the liberty to look up notes after reading the poems was not an issue, but when immersed in a poem and the reader is thinking about the poem, they are unable to because of confusion or peaked curiosity. The use of footnotes or a glossary at the back of the book would have been useful, especially for the phrases or words in the foreign language. To take time away from letting his work sink in and take effect and instead struggle to find references that may not have even been correct, was a little disheartening.

The poems were incredibly thought-provoking, and learning more about the process in which the poet created his work certainly is a takeaway from The Prime Anniversary. The quality of poems is by no means a disappointment, and in fact, if this was the introduction to Mr. Wright’s work, it is a catalyst to buy his other books to find common themes, structures he’s comfortable with, parallels between his previously published works.