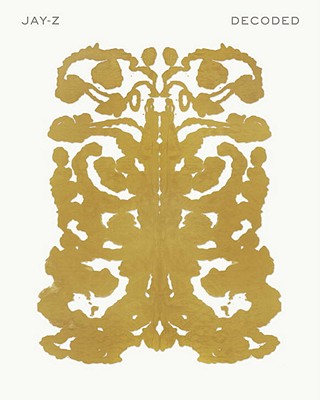 Read a Description of Decoded

"My life after childhood has two main stories: the story of the hustler and the story of the rapper, and the two overlap as much as they diverge. I was on the streets for more than half of my life from the time I was thirteen years-old... The feelings I had during that part of my life were burned into me like a brand…

I lost people I loved, was betrayed by people I trusted, felt the breeze of bullets flying by my head… I went dead broke and got hood rich on those streets. I hated it. I was addicted to it. It nearly killed me.

It was the site of my moral education, as strange as that may sound. It's my core story, and… that core story is the one that I have to tell."

Shawn Corey Carter, aka Jay-Z, wasn't always a cultural icon married to Beyonce' who had parlayed his success as a rap artist into a multi-millionaire empire with a host of diverse holdings ranging from a record label to a music publishing company to a clothing line to a nightclub chain to an NBA team. No, he spent his formative years in the Marcy Housing Projects in Bed-Stuy, before moving to Trenton where he dropped out of school to sell crack on the streets while pursuing a hip-hop career.

Jay-Z went on to maximize his potential by keeping it real via raw rhymes which reflected his rough roots in the ‘hood. Now, the gifted wordsmith has decided it's time to expound upon the deeper meaning of those evocative lyrics which have so resonated over the years with his legions of fans from the Hip-Hop Generation.

The upshot of that yeoman's effort is Decoded, a mixed-media memoir delineating the derivation of 36 of Jay-Z's greatest hits. An entertaining collage of personal reflections, political philosophy, photographs, drawings, slam poetry-style stream of consciousness, the illuminating opus reads like a serious lecture on pop culture being delivered by a sagacious historian off the present who has done time in the trenches.

For example, there's an incendiary line, "F*ck government, n*ggers politic themselves" from the song, "Where I'm From" which Jay-Z analyzes with "A lot of our heroes, almost by default, were people who tried to dismantle or overthrow the government—Malcolm X or the Black Panthers—or people who tried t make it completely irrelevant, like Marcus Garvey, who wanted black people to sail back to Africa. The government was everywhere we looked, and we hated it."

Relatively-sophisticated musings making sense of rants about a "Hard Knock Life" coming from an insightful 40 year-old ostensibly no longer full of the angst which had helped skyrocket him to the heights of super-stardom.