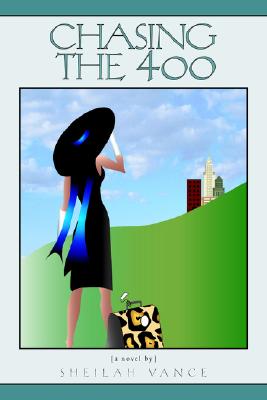 Read a Description of Chasing the 400

When you think about the caste system you think of the poor in countries like India where there is a division of society based on differences of wealth, inherited rank or privilege, profession, occupation, or race. But unfortunately; back in the fifties there was a definite division between the Negro working class communities and the more achieved and affluent Black Bourgeoisie in America. The 400 refers to the upper class Black community or the social elite. Many formed groups you may be familiar with such as Jack and Jill; The Links; and the fraternities and sororities at Black colleges and universities.

Chasing The 400, a novel by first time author Sheilah Vance is a humorous spin on this sociological phenomenon. I discovered this book at the Harlem Book Fair this summer and was drawn to the colorful cover. Set in the 1950s in Philadelphia; Vance tells the hilarious story of the Marshall family and their friends and neighbors. The main characters are Vera Marshall and her younger brother Bobby. Vera and Bobby are the oldest children of the local plumber on Philadelphia's Main Line. Along with his weary wife, they are raising their ten children in a single row house in the low income section of town. Vera and Bobby have hopes and dreams of moving past their parent's dull existence and making good on their own. Vera wants to be a high-fashion model and Bobby dreams of going to college and becoming a scientist. But the powers that be do nothing to help them on their journey. Instead; they continue to put roadblocks in their path.

The story opens with Vera and Billy as students in the local high school which is predominately white but well attended by the sons and daughters of the doctors, lawyers and other professionals on the Main Line. The Main Line is a suburban community right on the outskirts of Philadelphia. The snobby black teenagers treat Vera and Billy even worse than the white students and Vera is determined to leave them behind in a gust of smoke as she moves into her high-living life after graduation. The tale that unfolds is full of laughs and good times. I really enjoyed this book. It was such a fun read.

Vera is a true diva. I really liked the way the author developed this character. She's well dressed, a real beauty and loves the finer things in life. Vera is also determined, smart and takes no prisoners as she hob nobs among the movers and shakers to make her way to the top. Her brother Bobby is more reserved, a real intellectual who eventually finds his niche in local politics. You will enjoy the family connections, as well as the portrayal of the closeness of the Black community. The author also did a great job with the setting and from her descriptions you could just imagine Philadelphia's affluent Black community back then.

If you are looking for an upbeat novel to relax with after a stressful week at the office, Chasing The 400 is the book for you. Although there were a few serious moments; I laughed all the way through this novel.

Sheilah Vance, an accomplished attorney from Paoli, Pa. has lived on the Main Line and in Philadelphia most of her life. She has formed her own publishing company, The Elevator Group, Helping People Rise Above. This is her first work of fiction. This reviewer looks forward to more of her work.

Read Xlibris’s description of Chasing the 400.