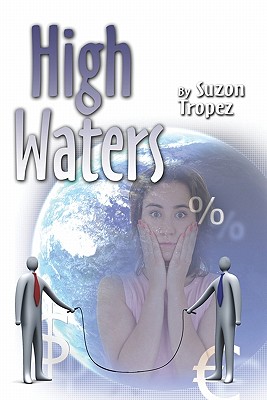 Read a Description of High Waters

High Waters, a novel by Suzon Tropez, is a novel that I am unsure as to what the storyline or the point of the novel is. I think it is a novel about an older black businesswoman who faces obstacle after obstacle in her career quest. What I do know is that reading this novel was an exercise in dealing with frustration and aggravation. I finished this book with a crying yell, ’Editor! Editor! My kingdom for an EDITOR!’

Nikki Charles is a mature black woman who loves her career. She’s smart, intelligent, and does her job extremely well, but along her climb to the top Nikki has made some enemies that she does not know she made. Her enemies are out to destroy Nikki and they will do whatever it takes to insure her downfall.

To say that I had my share of problems with High Waters is putting it mildly. I hated the book. How much you ask? Here, let me count the ways.

First, the book is too long and wordy. Tropez does not know what is essential in a story. Tropez will describe a project or business deal that Nikki is working on in minute details, yet tells me absolutely nothing about Nikki, but more on Nikki a little later in the review. The book starts off with Tropez describing a conference that Nikki is heading up that has something to do with product pricing in Nikki’s company’s upcoming product catalogue. Tropez took up pages laying this whole conference and its oversea conference call out. For what purpose, I can't tell you. Another instance, Tropez went on and on, in painfully mundane detail, why the engineers in Nikki’s company put in a request to purchase a new piece of equipment. Tropez explains the function of the equipment and how it would benefit the engineers in doing their jobs. Tropez spent a whole page on this. Why? Who gives a good damn about this stuff? What does that have to do with Nikki being denied promotions? Not a damn thing.

Tropez did not bother to develop Nikki as a character. Describing what a person is doing, i.e. how he makes his coffee, or get dressed for work, etc. does not equate as character development. With all of the space, time, and words Tropez used in this book, at least a quarter of them should have been used to flesh out Nikki the person. By the time I finished the book, I still had no idea who Nikki Charles was and did not care to know.

The dialogue in the book was’can you guess *eyebrow raised*’yep, it was wordy! It was also stiff and completely unrealistic. To make matter worse, Tropez, unwisely, incorporate flashbacks in the story that left more questions than answers.

As far as the folks who are out to get Nikki, this part of the storyline was completely mishandled. Tropez did not identify Nikki’s powerful enemy, as if leaving his identity a mystery was a tactic to instill mystery and drama in a story that desperately needed some. The end result of this move did not inspire mystery or desire to read the next installment. Quite the contrary, Tropez using this tactic was totally stupid and unfair. I felt cheated and frankly let me know that Tropez does not have a clue as to how to create mystery, tension, or drama.

The main sin that Tropez committed was that she wrote a 300 plus page book that does not have a plot, at least not one worthy of a novel, or even a short story. What is the point? I kept asking myself, is it about a black woman hitting the glass ceiling? There has to be more than that to make an engaging, enjoyable novel.

Many of the points I hate about High Waters could have been eliminated or repaired if Tropez had a GOOD editor. Tropez needed an editor that would have cut page after unnecessary page and corrected the many misspelling and grammatical errors that are throughout the novel. High Waters as it stands now is so excessively wordy that I felt as if I was drowning in words. High Waters is definitely a novel that should not have happened.