Book Review: Shadows of the Blues 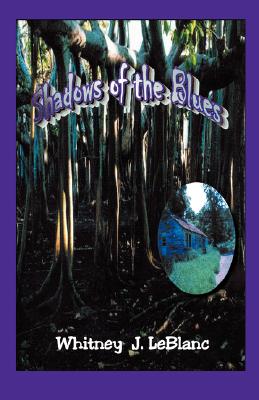 Read a Description of Shadows of the Blues

In Whitney J. Leblanc's sequel to "Blues in the Wind," readers are introduced to the lives of the Ferguson and Broussard families. The patriarch, an educator named Phillip, lives with the history of being brutally beaten when trying to vote, the guilt of loving his college sweetheart more than his own wife, and the fact that their affair may have driven his wife Martha to an asylum. Meanwhile Martha, who is Creole and no saint herself, displays an acerbic personality and a clear hatred of dark-skinned blacks. The novel is catapulted into excitement when Martha reveals to her bluesman brother during a confused mental state her sinful and criminal secrets of the past. When we meet Phillip's and Martha's extended family during a holiday visit, the story grows even more intriguing.

"Shadows of the Blues" takes place for the most part in a small town in Louisiana from 1954 to 1965 where blues music is all the rave and racism is alive, well, and overt. Policemen dare to ask non-whites how they can afford expensive cars, blacks are called niggers to their faces, and even Creoles believe they are superior to darker-skinned Americans.

But "Shadows of the Blues" is not just about racism and the old South. It is also about keeping up appearances, the revelation and consequences of family secrets, and how a strong family can come together through it all.

Leblanc's story is like a journey back through time. The characters are a throwback from the old days, and they are just like people you may know today, such as Phillip's mistress Alicia who does what she can to become a bigger part of his life knowing that his wife and family are his first priority. Then there is Rosa, Phillip's daughter who is considered an old maid at 36 but still has a heart of gold and a genuine appreciation of her family, even though one of them changed her life for the worst. Even Phillip's grandchildren who go from wanting nothing more than having Santa Claus bring them new bikes to growing up worrying about the consequences of actions that may result in one of them getting killed.

This book wisely touches on many subjects, such as hypocrisy in religion, unwanted pregnancies, and even the intricacies and pains of being the other woman. The author writes like a seasoned pro with just the right mix of intrigue, nostalgia, and humor to keep the pages turning right down to the book's violent and bittersweet denouement. Though Leblanc's writing has style and a strong command of the language ("Phillip regarded Lightfoot's life as a metaphor for the blues he had overcome his trials and tribulations and let the good times roll.") there are a few minor flaws such as a lack of detailed character descriptions and some minor editing errors. Perhaps the characters were better described in the book's prequel. Not to worry, this novel stands alone on its own.

"Shadows of the Blues" is a page turner worth buying, reading, and simply enjoying.

Blues in the Wind by Whitney Leblanc - Reviewed by Thumper
http://aalbc.com/reviews/bluesinthewind.htm

Read Outskirts Press’s description of Shadows of the Blues.