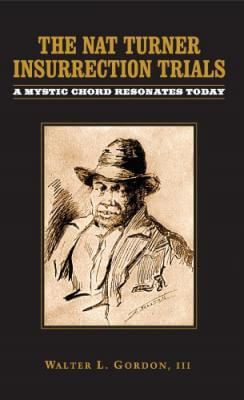 Was Nat Turner a hero or a savage? After reading the new book from legal scholar Walter L. Gordon III, you may change your mind about one of the most misunderstood figures in American history.

In "The Nat Turner Insurrection Trials," the author provides readers a detailed account of slave uprisings, in particular the one led by Nat Turner. He also discusses the events leading up to the Turner-led insurrection, the political climate surrounding it, and the little-known account of previous uprisings led by a slave only known as Gabriel.

Gordon reveals to readers the complexity of Nat Turner's personality, a literate and intelligent slave, a religious fanatic, and borderline schizophrenic who not only heard and saw visions of God but also believed he was the second coming of Jesus Christ sent to end slavery in the United States. Turner documented his visions in detail such as the one in the passage below:

And on the 12th of May, 1828, I heard a loud noise in the heavens, and the Spirit instantly appeared to me and said the Serpent was loosened, and Christ had laid down the yoke he had borne for the sins of men, and that I should take it on and fight against the Serpent, for the time was fast approaching when the first should be last and the last should be first. And by signs in the heavens that it would make known to me when I should commence the great work—and until the first sign appeared, I should conceal it from the knowledge of men.

The book is at its best when it describes in vivid details the horrific and violent few days of uprising led by Turner. The insurrection included the murder of women, small children, and even infants. Many of them were shockingly murdered by axes and swords resulting in decapitation. The author transports us to a very ugly period in American history, sparing nothing.

The author draws parallels of the uprisings and how justice was carried out with the 9/11 attacks on the United States and how exceptions to the law were made to deal with terrorists, including those born on American soil. Gordon writes:

Today the United States is at a crossroads and the Nat Turner insurrection in many ways is a microcosm for exploring reactions to terrorism that speak to us today. The Turner insurrection was inspired by intense religious beliefs that motivated followers to acts of great courage and self sacrifice, as well as deeds of chilling brutality and carnage.

Fans of American history will love Gordon's work. The book is meticulously researched, thought-provoking, and simply fascinating. It deserves a place on the shelves next to work such as "Before the Mayflower," and "The Autobiography of Frederick Douglas." Though the case for parallels between the slave insurrections and the 9/11 attacks seemed a bit weak and should have been explored more thoroughly, it does not take away from this great work. You will not be able to put it down.

The after-effects of reading this book should have readers asking questions such as these: Were slaves justified at rising up and killing their masters and their families? Is violence the best answer to violence? If you were a slave in Nat Turner's day, would you have joined him in the insurrection? Let the discussions begin in the classrooms, in the workplace, and at home.