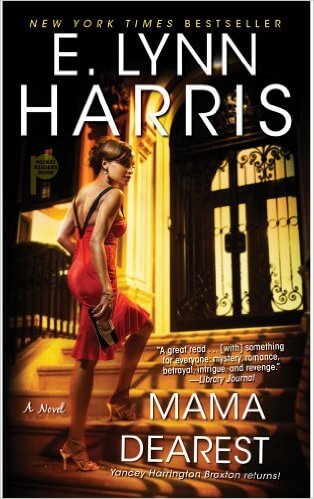 Read a Description of Mama Dearest

New York Times Bestselling author, E. Lynn Harris had released twelve acclaimed novels before he suddenly passed away this past summer [July 23, 2009]. His books were very well received and there are more than four million copies of his work in print. E. Lynn Harris was one of the most popular African American authors of this decade.

His death came as he was preparing for the release of Mama Dearest and in this novel, it seems that he prophetically wrote a proper ending for some of his most famous characters from previous books.

Possibly one of his most well-known and most followed characters, hard-hearted diva Yancy Harrington Braxton returns both broke and desperate. The beautiful singer/actress has rebounded from her past professional and personal failures and is on tour in a second class version of the Broadway play, DREAM GIRLS. It's not what Yancy would like, but it's better than nothing.

She returns to New York at the end of the tour and finds that her worst nightmare is about to become reality. Her mother and arch rival Ava Middlebrooks, has just been released from prison after Yancy's testimony sent her up the river for the attempted murder of Raymond Tyler. Certainly Ava has a "bone to pick" with her daughter and she heads straight to New York to get her bearings and to get revenge on Yancy.

Now that is truly enough drama to get this party started and E. Lynn Harris does not disappoint his readers. There is much more action and plot twists. Like his previous novels, Mama Dearest  attempts a storyline that will knock your socks off.   I am not so sure he reached his goal this time.

The story moved rather slowly as the author set the stage and brought readers up to snuff on the past of these characters. Although the pacing was slow; the story kept me reading. By the time I got to Part Three of the novel, after almost 300 pages the band broke out in song and the mess hit the fan! I was in E. Lynn Harris land. And boy, did it feel good to be back again.

Just when Yancy meets and falls in love with her "new boo" a man with deep pockets and a family legacy that promises to help her get back on her feet; her "too good to be true" turns out to be exactly that.
S. Marcus Pinkston is not the man that he has claimed to be.  He has an ulterior motive for his involvement with Yancy. Surprisingly, Yancy had no idea that she was being set up and walks right into his trap.

Yancy is also forced to confront her past concerning the daughter she gave up many years ago.  She realizes that her relationship with Ava is the major cause of her dysfunctional view of motherhood. Ava digs a deep hole for Yancy and when she falls into it, fortunately some of her old friends come to her rescue.

E. Lynn Harris fans will be happy to see the return of ex-lover John "Basil" Henderson; college sweetheart and "baby daddy" Derrick Lewis, and the closeted attorney Raymond Tyler. The author's characters are very well drawn. They are rich, self-absorbed, and full of drama and style. The lives of the rich and famous in Lynn's books are exciting and sad sagas of pitiful; yet powerful people who are looking for happiness in all the wrong places. They are characters you either just love to hate or you feel so much compassion for in their journey in life.

In this story, Harris takes on reality television and the ins and outs of this new type of media in an era where the first African American is elected President of the United States. Mama Dearest is E. Lynn Harris' final gift to his adoring fans. It's a good last effort and a sentimental one saying goodbye to his most famous characters that his loyal readers eagerly followed for many years.

Another Review Written by Thumper
http://aalbc.com/reviews/mama_dearest1.htm