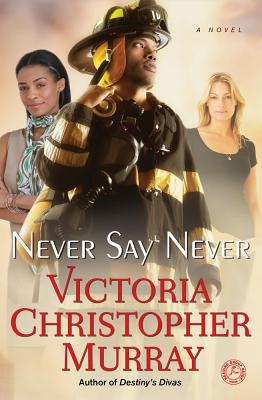 In this drama -filled novel, Victoria Christopher Murray gives her readers a shocking story that is edgy Christian fiction, at it's best. Miriam has committed what has to be the worst in crossing boundaries that a Christian woman can commit.

She has committed adultery with her best friend's husband. Alone and newly widowed, she mistakes intimacy for love. Miriam has found comfort in the arms of her late husband's best friend. Jamal also happens to be married to her best sister-friend from college, Emily. Forgiveness is powerful and infidelity can be very destructive. How can God's children find His grace in a situation such as this? Only from the pen of Christian author Victoria Christopher Murray do we find a story so full of inspiration.

In this story, the pain of betrayal is a sharp and cruel bitter pill for Emily to swallow. Miriam's deception has cost her a friendship and a relationship with her other best friend, Michellelee, as well. In the worst time of her life, she has alienated the two women whom she has depended on for her entire adult life. What is a sister to do?

Never Say Never is a storyline completely out of the box for Christian fiction. Yet, it is just like what we have come to expect from this author. Timely, compassionate and full of drama these Christian women have to dig deep in their hearts to hear what God has to say to them about redemption. The characters are expertly crafted, three women who are very different but also very much alike.

Miriam's husband, Chauncey and his best friend Jamal are both firefighters who are assigned to the same company. They also have been best friends since their college days. When Chauncey dies in a fire at a local school; Miriam is devastated. Jamal steps up to the plate helping Miriam with the funeral and helping her three sons adjust to the loss but the more time they spend together, the two find themselves crossing the lines between friendship and cheating. The grieving, sharing and reminiscing brings them together in an unholy way. Before they are aware of it; they are embroiled in a heated love affair. Both of them are confused and Jamal is filled with guilt.

His wife Emily is a child psychologist who is treating the survivors of the fire and the families of those who have lost their children. She is so involved that she is unaware that her husband and her best friend are having an affair. It is something that she never thought would happen; yet it has. Her worst nightmare has become reality.

I was shaking my head in wonder as I read this book, not sure if there would be any resolution to the situation. Grief and lust had Miriam believing that she was in love. Jamal soon realized that this relationship is not about love, but loss. He seeks to break it off with Miriam but she is not having it. While Emily and Jamal fight to save their marriage, they are faced with Miriam, a woman scorned who is bitter and angry and full of revenge.

Can the love of the Lord save this marriage and help Miriam face the truth and find healing? Will any of these relationships survive? How far do Christians really go in obeying God? You will have to read this novel to find out!

Victoria Christopher Murray has done it again! She has given her readers something to think about. A gripping and emotional read that both Christians and non-Christians can relate to; never say never!