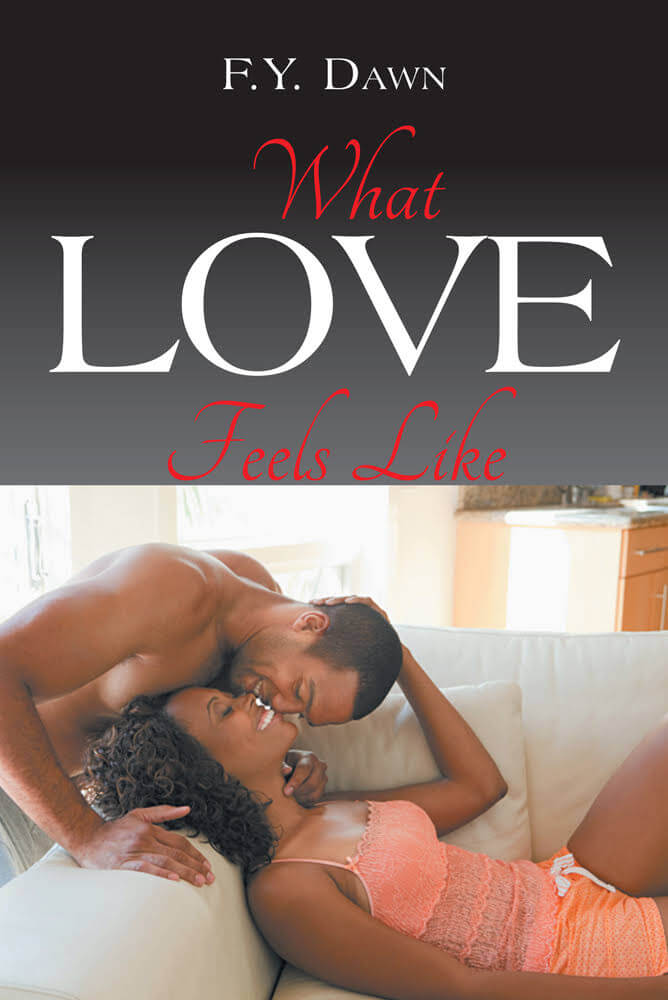 Most romances sugarcoat the challenges of love and commitment, but this new novel, What Love Feels Like, by F.Y. Dawn, shows the high cost of trust and fidelity among two couples struggling in a world of lust and temptation. Marlon, an executive chef of an upscale Italian eatery, is married to Alicia, a beauty on erotic simmer who wants more excitement. She knows her hubby, who is a Christian, says he’ll stand by her no matter what, but if she strays, he’s gone. Restless, Alicia goes to a gay club and dances with a woman determined to shake her out of her straight-laced mindset. Dawn, very sensitive to capture the emotions of both genders, accurately portrays Alicia’s obsession with Meme, their mutual interests and desires, and ultimately the shattering of this wife’s inhibition.

In highly disciplined language, steering away from the vulgar or obvious, the author describes their first meeting:

“Alicia was subdued with pleasure and couldn’t believe how well Meme knew her body. Every man she had ever been with, including her husband, took weeks ¢ sometimes even months to properly ignite her body. Meme knew exactly where to kiss and where to put her hands.” (p. 23)

When Marlon surprises the lovers, he cannot accept his wife’s explanations, speeds away to his sister’s home. Both his sister and mother tell Marlon he has given his marriage his best effort, so eventually the decision to divorce despite his wife’s pleads to reconsider. Although Meme wants more quality time with Alicia, the woman convinces she loves Marlon and wants to try it one more time. But all that goes out of the window when the ladies come back together in a fiery passionate session. While Marlon is recovering, he meets Latrice, whose abusive husband’s bashing has driven her from her house to a safe haven. What happens is the predictable pairing of Marlon and Latrice as Calvin stalks the fearful victim and Alicia prays for another chance to salvage her marriage. There are several surprises in the plot that you don’t see coming, which causes Marlon to reconsider the role of love, masculinity, intimacy.

Other than the mainstreaming of Alice Walker’s classic “The Color Purple,” where same-sex love is celebrated in the black community, readers often shun the females in lesbian fiction as tragic or view them in clichķd stereotypes but here Dawn makes her women breathe, desire, and live. She celebrates the writing tradition of Audre Lorde, Fiona Zedde, Michelle Cliff, Laurinda D. Brown, Radcyffe, and Sarah Waters. We need more of these characters so we can know their hearts and souls. This is a very good thing because our world is becoming more tolerant and accepting.

While Dawn shows some prowess at giving each character’s point of view and motivations, she is determined to shed light on the homophobia of our community by making this story a “coming-out” tale of sorts and accessible. By going for a wider readership, she boldly comments on the embracing of sexual identity, and handling a wide range of familial, social, religious and professional issues.

There is no shortage of torrid lesbian sex, lustful betrayal and clever doubletalk here. Despite a few stumbles in the narrative, the author gives a peek into the emotional torment of this quartet without seeming false or bogus. Once this love falls apart, you read along as if mesmerized by a horrible car crash and it’s more than entertaining and very real.