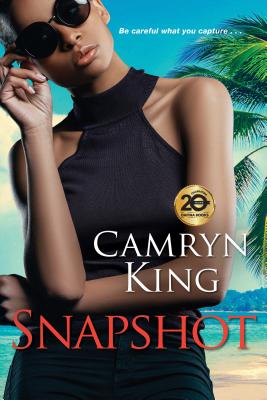 Read a Description of Snapshot

In Snapshot, Camryn King demonstrates the power of a page turning thriller. Through King’s beautifully descriptive screens, narrative pace, believable dialog, and narrator’s voice, the reader becomes engrossed in a story that reads like actual events. Kennedy Wades a freelance photographer, is on assignment in the Bahamas, but the plush gig soon twists into a police situation that leaves her emotionally and physically hurt.

King’s descriptive tropical island scenes will warm and relax the reader; so much so that one will not see plot events coming. Due to King’s disarming prose, readers will be soothed into a relaxed state, but … they will be brutally snatched into a life or death circumstances by the same powerful prose. When Kennedy, the novel’s protagonist, returns stateside the urban scenes are not as descriptive; however, plot events remain unpredictable, and that is largely due to the pace of the novel’s narrative.

King’s scene descriptions do not slow down the pace of the plot. The reader moves with the characters, and there is no lull in the story. The story reads in real time, and King’s descriptive details actually help move the plot. When the reader moves with the characters, they are placed in the plot and become engrossed in the story. When the protagonist, Kennedy, is being pursued by the military trained assassin, the reader’s heart will race with hers. When she is clawing through wall plaster to escape a threat, the reader’s fingertips will ache.

Reading King’s dialog in Snapshot is taking part in conversations with the characters. Dialog tags are limited because the reader is in the conversation; one may find themselves responding to plot questions or giving characters advice while reading. King’s dialog assists in engrossing the reader in the novel. The dialog reads authentic; what is written matches the characters, and each character’s word usage is different, giving each a different sound, which speak volumes to King’s character development in the novel.

Voice is a literary element many writers struggle with: adjusting the tone, gauging the intimacy, and even reducing the redundancy; these are hurdles for many, but not for King. The narrative voice in Snapshot is trustworthy and consistent throughout the novel. The reader knows the powerful alt-right publishing and media tycoon, Van Dijk, is the villain, and his manipulation of American citizens and politicians (including US President Trout) is consistent throughout the novel.

The narrative voice in Snapshot creatively juxtaposes the fiction of Snapshot to recognizable political situations in America’s current political arena. The reader’s mouth will drop open from the unexpected comparisons. This thriller has a political theme that is subtly present throughout the novel, but it becomes crystal at the novel’s end.

Camryn King employs a page turning thriller to reflect the changing tides in American politics; each reader will experience “aha moments” that are, frightening, humorous, and alarming.