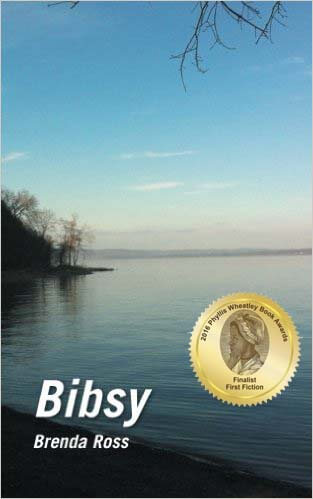 Read a Description of Bibsy

So begins Bibsy, an evocative and tragic tale that is part love story and historical novel set in a fictional upstate county called Haverton, an inlet on the Hudson. After meeting in a Harlem bar in 1952 Bibsy and Jake spend the evening drinking and the next day talking. Bibsy decides that she likes the way she feels with Jake. “…being around Jake made her feel as though her small size swelled to as big as his…. Folks took notice of them when they walked down the street and she liked that a lot. They took a stroll through the neighborhood, laughing and talking like old friends.” When they stop at Jake’s truck he asks Bibsy “You comin’ home with me.” And that pretty much is that. They head off to The Beach, the community in Haverton where Jake, a widower, lives with his two teenage boys.

Bibsy was raised by racist and abusive nuns with her two sisters in a Catholic home after her parents divorced. “Seemed like nobody wanted us three after Mom and Pop split up…Pop took the oldest cause they was old enough to help out doing chores. Guess we was too small to be of any use to him.” She is pulled to the easiness of being with Jake. She’d left Baltimore after breaking up with her boyfriend who she discovered after a few months of dating had a wife and family. That—and Jake’s open straightforward nature, and his two boisterous boys—made Bibsy feel like she finally had a family, especially since a botched abortion ten years earlier, when she was seventeen, left her sterile. Bibsy’s life changes after she moves to The Beach with Jake. But their burgeoning love, the life they create and her affection for her new community, are at odds with troubling memories of her difficult past and her complicated relationship with her mother.

Sixty years ago, the Tappan Zee Bridge being built across the Hudson River changed everything for many communities near the river. The Beach is still unapologetically rural in the 1950s, the homes there without electricity or plumbing. The residents live on their own terms, hunting, fishing and farming for food. They look out for their neighbors, and whether black or white, they treat each other like family. But the building of the bridge and the surrounding roadways connecting to and from it threatens not only their way of life, but also their homes, as developers buy up the land from farmers who’d been there for generations, and businesses bring higher prices for homes. Jake and Bibsy try to hang on as, one by one, their friends sell their land and move away. But when The Beach is sold and tenants must vacate their homes they know their way of life has changed forever.

Bibsy gives keen insight into the complexity of the lives of African Americans during the construction of the bridge and the development of the land. It’s the end of a way of life for hundreds of poor displaced families. It’s a story not often told yet this type of displacement happened in widespread areas across the country. Bibsy is a big story that touches on colorism, class, family, mental illness, discrimination, gentrification, the idea of progress at all costs, and even murder. It is by turns illuminating, enlightening, tragic, and heartbreaking as Jake and Bibsy find love, build a home together then fight to keep that home intact. And then the unthinkable happens and their once hopeful life spirals into despair and darkness.

Brenda Ross is a writer to watch, with a uniquely lyrical and assured voice and style. I hope she has many more stories to tell; hopefully though, not as sad as this one.