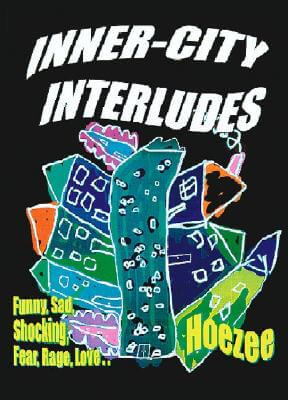 Read a Description of Inner-city Interludes

Inner-City Interludes by Hoezee probably won’t go down in history as a literary classic.  Perhaps as an ode to the ’hood’ and the characters who play a role in the daily drama of life there but little else. The book provides a voice long overlooked by mainstream publishing and author Hoezee apparently decided to take matters into his hands by publishing his own book, and unfortunately it shows.  The book is peppered with spelling and grammar errors, problems with syntax and the slaying of many popular phrases, i.e.,’ just got to take a lost’ (sic) instead of’ just have to take a loss,’ any many more.

At times the book was difficult to read, not because of the stories, for they were somewhat entertaining, but the numerous errors and author Hoezee's attempt to by-pass the editing process completely.  But if the reader can get beyond the glaring copy mistakes, the book does shed some light onto the goings on in the inner-city.  The tales told in this book of six short stories are actually compelling.

There is the first story where a teen decides to play hooky from school to attend a party at a girl's house with his friends.  After getting caught jumping the New York City Transit subway turnstile they are arrested and grilled by police eventually gaining release. Once the young men get to the party and instead of the thrills they were looking for, the protagonist ends up making a decision that will ultimately change his life forever.  All of this after his father who is raising him alone told him of the sacrifices he made for his son and that he needed to be more responsible and do better in school.

In another story, a melee breaks out in a public rescue office for battered women after a woman and her children arrive again after previous visits.  As the social worker is processing and finding temporary housing for the family, the woman's husband barges into the office and demands to see his wife, who he intends to continue to batter.  The woman and her children are placed into a protective room behind a glass door and her husband is confronted by the security guard.  Handling him with no problem he then faces the social worker, and knocks him backwards and unconscious.  The husband ultimately finds his wife and breaks the door to the room where she and her children are hiding.  He proceeds to assault her.  Coming to, the social worker attempts to come to the rescue, but he is too late.  In the end the police arrive on the scene and the social worker is touted as a hero for his bravery.

One tale portrays the goings on of two Philadelphia Police officers in the after-hours gambling halls of South Philly.  After coming off-duty, the two officers make their way past the bar and into the back smoke-filled room to join in on an illegal poker game.  After much braggadocio the two officers end up putting all they have; money, jewelry and car keys into the pile confident, partly because of their badges, that they would walk away with the entire pile of money.  After another player the bar's ’owner’ lays down a winning hand, the officers leave with their heads down.  Once everyone leaves the bar the officers come back to ’collect’ their losses.  When it is all said and done both the officer and the bar's ’owner’ collect much more than they had bargained for.

Again, the stories presented in Inner-City Interludes are decent enough.  The characters have heart, and the stories are focused and even possess the element of surprise and graphic detail.  The primary problem with the book is the lack of editing.