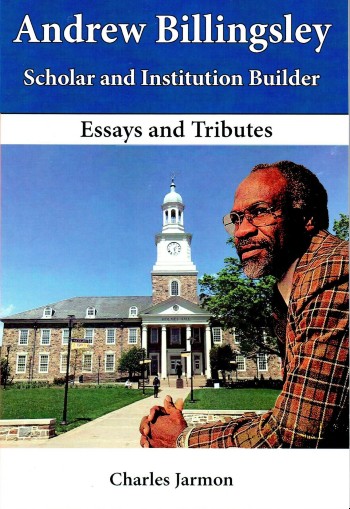 Read a Description of Andrew Billingsley Scholar and Institution Builder: Essays and Tributes

What makes a scholar great? The easy answer is the prolonged effort of an individual to provide a lasting benefit of positive achievements to not only to the academic community but to the world at large. Here, Charles Jarmon, Professor Emeritus of Howard University, brings his long career of nearly four decades at the college to pay tribute to one of the pioneer scholars and administrators in American academia, Andrew Billingsley.

In this book, Andrew Billingsley – Scholar and Institution Builder: Essays and Tributes, published by Black Classic Press, combines two important events in the esteemed Black scholar’s life, one a symposium honoring his 90th birthday at Howard University on April 2016 and the other celebrating his April 2010 retirement from the University of South Carolina. Jarmon, the editor of this distinguished collection, fortifies the roar of his approving peers at those events with a gathering of Billingsley’s students and colleagues from all of the institutions where he worked: Hampton, Howard, Grinnell, Morgan State, University of Maryland, and University of South Carolina.

One of the contributors to this volume, Gary Carr, chairman of Afro-American Studies Department at Howard University, says of the honored figure: “Andrew Billingsley, as much as any Black scholar and educational administrator in the second half of the Twentieth Century, explored and expanded the possibilities of institutionalizing collaborative Black intellectual work in the American academy. A product of master teachers who taught in the American apartheid-era schools of his native Alabama, he used his academic and administrative talent to help midwife the birth of Black Studies in elite white institutions of higher education.”

Professor Billingsley’s life stands out as a redemption of the corrupted American Dream, all earned with dogged determination, controlled ambition, and a profound love for the Black community. The scholar’s prologue, “An Autobiographical Essay: Growing Up in Alabama, 1926-1947” reveals the hardscrabble early years in Marion, the difficulties of family life during the Great Depression after a work injury to his father, the educational excellence of the two boys after a faulty start, only interrupted by a stint by the young pair in Army after the Pearl Harbor attack. He returns home to continue a goal-directed civilian life. His writing is assured, bold, and energetic.

Jarmon chooses another scholar, Lois Benjamin, to examine the intellectual foundation Billingsley acquired at Hampton University from 1947 to 1949, followed by another two years at Grinnell College. He is a remarkable student, able to totally overcome his past academic deficits, according to Kesho Scott, who lauds how the young Black student navigates himself in a white-dominated college.

The coveted role of teacher-scholar for Billingsley is acknowledged by Douglas Davidson, who was his graduate assistant during his tenure of Assistant Chancellor for Academic Affairs at the University of California, Berkeley, during the turbulent civil rights years. Davidson writes: “Dr. Billingsley is one of the most gifted, committed activist scholars of Black Studies Movement and prominent Black university presidents.”

It should be noted that Billingsley prided himself for his capable, effective leadership in the various institutions where he worked. He sought to shore up the integrity and quality of the professors and researchers on the many campuses. He always wanted to recruit the best instructors and administrators to formulate an effective, productive course of study, especially in the graduate programs in the arts and sciences.

In Billingsley’s words, he noted: “…we have to turn out the sociologists, urbanologists, the psychologists, who can define our needs and set about the task of implanting our goals. No longer can we sit and let ourselves be defined by people whose experiences put them at a distance from us. We can no longer react to their definitions. We must be professional experts on ourselves.”

Everywhere Billingsley found a position of authority, the institutions were transformed from enlightened students to inspired instructors and administrators under his guidance. He altered the course of education and issued a mandate for the evolution of Historically Black Colleges and Universities. His colleagues laud his efforts at Howard University, Morgan State, the University of Maryland, College Park and the University of South Carolina. 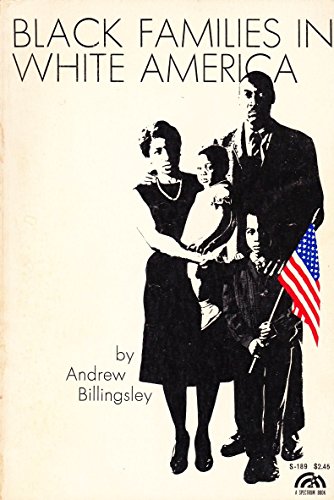 Other than his work in the classroom and the administrative office, Billingsley wrote books, research papers, and academic publications. His writings offered keen observations and analysis, detailed research, and wise cultural insights. He has written several acclaimed books, including The Role of the Social Worker in a Child Protective Agency (1964), Black Families and the Struggle for Survival (1974), The Evolution of the Black Family (1976), Black Families in White America (1989) Climbing Jacob’s Ladder: The Enduring Legacy of African-American Families (1992), and Mighty Like a River: The Black Church and Social Reform (1999).

A reader should really value the closing chapters of this tribute dealing with the intellectual strategies and theories of the man, as well as the joys of his retirement. His concluding comments pay homage to a life well lived but to those people around him in his various places of employment. “This academic career, this “life of the mind,” has indeed been long with many turnings and I have been blessed many times over by the best and by the makers of this book.”

Yes, this is a hardy endorsement of this tribute by one of master scholars and administrators himself. This is a book that should not be overlooked.