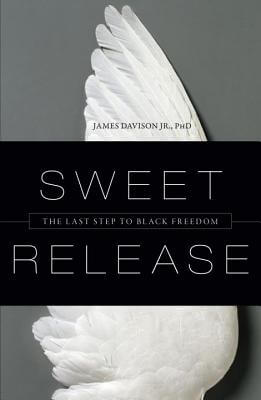 Read a Description of Sweet Release: The Last Step to Black Freedom

’The racial struggle, for many of us, is over. Our struggles are now centered around schools for our children, career opportunities, and development of self. Racial struggles are increasingly becoming secondary or tertiary concerns in our everyday discourse’ As a group, we've attained physical and political freedom: now on to psychological freedom and mental health outside the group.

Our black identity is a by-product of slavery and racism ’ an affectation, assumed rather than natural. Ideally, there should exist no such thing as black identity. It is part of our oppression, a notion propagated by those motivated to provide anchor to a people set adrift by slavery. I contend that that same anchor now ties us down, retarding our free movement’

We must move beyond race’ Are you ready?’
’Chapter 26 ’Black Identity beyond the Struggle’ (pg. 224)

Is it detrimental for African-Americans to continue to think of their struggle for advancement as a collective as opposed to a solitary enterprise? This is the controversial contention put forward by Dr. James Davison, Jr. in Sweet Release: The Last Step to Black Freedom? Davidson, a psychologist in private practice in California, argues that blacks still viewing reality through a pre-Civil Rights Era prism are only standing in the way of their own freedom.

Delivering a series of self-help lessons in the blistering language of tough love, the book unapologetically blames poor folks for their plight, while simultaneously stating emphatically that those fortunate enough to have escaped the slums need not feel any responsibility ’to give back.’ At first blush, Davison may simply sound like the latest in that ever-lengthening line of leading black conservatives which includes social scientist Shelby Steele, economist Thomas Sowell, businessman Ward Connerly and linguist John McWhorter, among others.

However, Davison deserves serious consideration, if only because more and more African-Americans who share his point-of-view are gaining access to the mainstream media and having their ideas published by top publishers. Furthermore, as a shrink, his unique analysis amounts to the functional equivalent of an emotional diagnosis of the mental state of the black psyche.

His basic contention is that African-Americans need to break the psychological bonds to their racial past by asserting their individuality, a step which he claims ’has little to do with racism, prejudice, or discrimination.’ He goes on to indict revered icons like Reverends Al Sharpton and Jesse Jackson, Minister Louis Farrakhan and their kind as hate mongers and entertainers who feed off the poor by selling them false pride.

By contrast, Dr. Davison deems the oft-maligned black middle-class to be the real role models worthy of emulation, since ’success and failures are the result of effort and ability, not luck or ingratiating behavior.’ Consequently, he suggests that people distance themselves from the ghetto gangsta ’fraternity of failure’ where such practices as ’partying, having constant sex, getting high, working on my jump shot and being a criminal’ take precedence over developing the skills and qualifications for a successful career.

In incendiary street vernacular, he addresses these thugs directly, saying, ’Your game has been peeped and I'm calling you out’ You are our worst enemies and our worst liabilities, our worst representatives. Your smug recalcitrance has become bothersome. You are bums, plain and simple.’ So, it is no surprise that barely pausing to take a breath, he calls jive brothers on the societal carpet for their refusal ’to stand up and take responsibility for their children, their community or even themselves' which he sees as ’the greatest calamity visited upon black America today.’

Sweet Release, a bitter pill to swallow, but so shockingly confrontational that its prescription for black sanity is a must read, despite the doctor's apparent right-wing political allegiances.