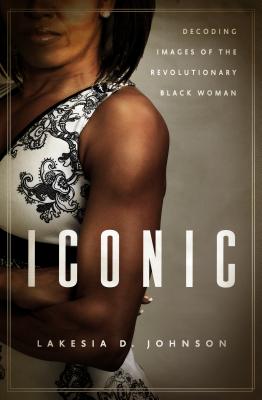 Read a Description of Iconic: Decoding Images Of The Revolutionary Black Woman

“This book asks what it means to represent black womanhood and explores how these representations are connected to a long history of representational depictions and choices that communicate the role of black women in social movements.

On the one hand, Iconic explores how representations of strong, revolutionary black women within popular culture are used to reinforce dominant, lingering, and mostly negative stereotypes… On the other hand, Iconic traces the numerous ways African-American women activists, actors, writers, and musicians have negotiated, confronted, and resisted stereotypical representations of black womanhood.”
-- Excerpted from Chapter 1 (pg. 1)

When Barack Obama first ran for President, a strategy employed by those seeking to torpedo his campaign was to portray his wife, Michelle, as the proverbial “angry black woman.” The New Yorker even went so far as to put a drawing of her on the cover of the magazine wearing camouflage fatigues while sporting a huge afro and brandishing a rifle.

To counter this incessant attempt by detractors to depict her as an unstable militant, Mrs. Obama agreed to do an interview on CNN with Larry King. On the show, he repeatedly asked her if she were “angry” or “mad,” oddly ignoring her earlier responses as if they were untrue.

But she “patiently tolerated Larry King’s persistent questioning and subverted his attempts to depict her as an angry black woman… by emphasizing her role as mother, wife, and nurturer of the nation.” Although Michelle managed to sidestep the effort to pigeonhole her as problematical, this was not the first time the media tried to marginalize an intelligent black female in this fashion.

The history of such mistreatment from Sojourner Truth in the 19th Century to Angela Davis and Kathleen Cleaver in the 20th up to the First Lady in the 21st is the subject of Iconic, a groundbreaking book which delineates precisely how African-American women have been plagued by belittling imagery in the media for ages. This insightful opus was written by Professor Lakesia Johnson who teaches courses on race, feminism and pop culture at Grinnell College in Iowa.

The author does a masterful job of demonstrating how revolutionary black women have miraculously maintained control of their images in the face of a flood of negative characterizations. She states that these sisters are “not afraid to speak truth to power… in the fight for social justice.” That’s because “at her core, she is free, and it is this freedom that makes her a threat.”

An eloquent argument on behalf of those black women who have been willing to challenge harmful stereotypes, the status quo and, above all, an establishment fearful of their power.