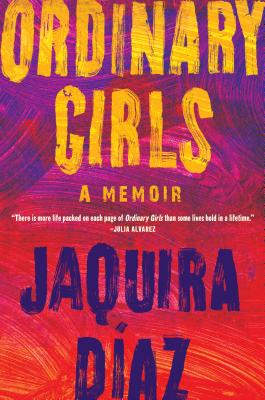 Read a Description of Ordinary Girls: A Memoir

Jaquira Diaz, in her memoir Ordinary Girls, crafts a story that illustrates the intersection of race, ethnicity, sexuality, and poverty on the lives of ordinary girls growing up in Puerto Rico and Miami. “Ordinary girls” are the troublemakers: party girls, wild girls, queer girls, and girls who dribble balls on the basketball court. They represent all shades of black and brown in cities such as Miami and San Juan. Diaz is one of the “ordinary girls.”

The reader witnesses Diaz’s desperate search for love: self-love, the love of her mother and father, and the love of boys and girls as she journeys from childhood and into adolescence and adulthood. In the tradition of writers who use the technique of the bildungsroman, Diaz exposes the reader to her inner turmoil as she undergoes and survives the emotional and riveting trials and traumas of her early years in Puerto Rico and her adolescence and adult life in Miami, Florida.

She begins her story by describing a funeral of the Puerto Rican poet and activist Juan Antonio Corretjer. Her father takes her to the funeral of this celebrated poet whom people from all over the island have come to see. We see the important yet complicated bond of father and daughter. Her father, a Black man of Haitian descent, is a lover of literature. He exposes her to the activist tradition, thus imparting to her his own value system. Through her father’s stories and sharing of literature, Diaz learns to treasure and appreciate the power of story and the value of reading. She learns of the genocide of the Tainos and of the Africans brought to Puerto Rico through the Transatlantic Slave Trade. A believer in knowing one’s history and culture, her father underscores the ways in which her people are part of a history of resistance, symbolized by uprisings from colonial rule, slave massacres, and the erasure of their culture.

Poverty and loss frame all aspects of Diaz’s life. After three children and 11 years of marriage, her mother begins to show signs of schizophrenia. A divorce follows and the dysfunctional nature of Diaz’s family life intensifies. She goes through long periods where she does not see her father and the bond she has with him fractures. She is forced to live with her mentally ill mother and with her older brother who is physically abusive to her. Her housing situation is unstable and there are times when she and her family do not have food to eat. As Diaz negotiates this dramatic life change, she withdraws from her family, becomes engrossed in a world of gangs, drugs, and violence, suffers from deep depression, and has a death wish. Her loves, marriage, and career choices present challenges and we witness her escapades and affairs as she runs toward and then away from them. There are times when the reader does not know whether she will emerge from this world. Thus both Diaz and the reader are at times on an emotional rollercoaster.

Race and colorism also play a role in Diaz’s family, thereby affecting her self-esteem and identity. Her mother, a white Puerto Rican, focuses on accentuating her body, keeps her hair dyed blond and loves wearing make-up. She wants Diaz to wear her hair in “shirley temple curls” when she is a young girl. Her white grandmother prides herself on being white and hates the fact that Diaz’s “… hair was a tangle of dry frizzy curls …” like her father’s while her father’s mother, a Black woman, embraces her own Blackness and is “unapologetically Black;”

Jaquira Diaz’s memoir exposes the impact of poverty, drugs, and violence on the lives of young people and the dire consequences of that life in our culture. The power of reading and storytelling is a catalyst for Diaz’s survival. Her internalization of reading and the stirring of her imagination through her father’s stories at an early age become a way out for Diaz, an ordinary girl brown girl. There are many who do not have this catalyst and who do not survive.

This memoir has resonance for many of society’s issues. Ordinary Girls exposes the impact of poverty, race and ethnicity on the lives of young girls, heightens the public’s consciousness about the possible reasons for the rise in teenage suicides, and highlights the conundrum society has in addressing this rise. Ordinary Girls is a powerful reminder that “ordinary girls” are often rendered invisible and that their life stories do not always get told.