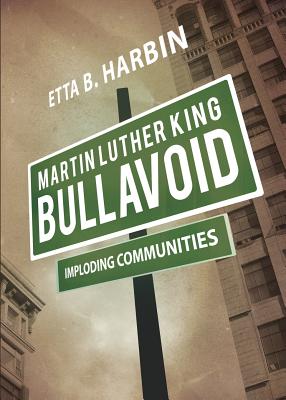 by Etta B. Harbin

“Amid mounting threats to his life, Martin Luther King chose to step onto the second floor balcony of the Lorraine Motel in the trajectory of the one-eyed Remington 760 Gamemaster that patiently awaited his arrival…” The resulting riots of the sixties were to ensure that Dr. King didn’t die in vain and for a while it seemed that he hadn’t. Many cities honored King’s memory by designating the site of the riots as Martin Luther King Boulevard, Avenue or Street. Outside businesses were ousted from neighborhoods and replaced with churches and tabernacles.

Forty-five years have passed since Dr. King’s death and Etta B. Harbin posits that most of the thoroughfares that bear his name are “deplorable” reminders of his death. Today the few entrepreneurs that are on the boulevard do business through iron bars and bulletproof revolving servers. Though there are plans for future beautification it won’t impact the growing unemployment rate in the community, or slow the growing HIV rate among black females, or increase the plummeting high school and college graduation rates, or decrease the number of blacks who are incarcerated.

“The problems of the black community have for too long been the topic of forums, books, sermons, and political agendas that concluded with perpetual plans of future forums, books, sermons, and political agendas with no concrete plans of actions to halt the profuse bleeding that ensures the demise of the poor,” writes Harbin writes in her searing no-holds-barred book, Martin Luther King BullAvoid: Imploding Communities. In it she hopes to stop the deterioration of boulevards by offering “practical” solutions for uplifting the community that moves from a “problem-centered approach to a people-centered solution”.

This small book, only 114 pages, packs a powerful punch not only because of the candid accounts of how so many once prosperous black neighborhoods devolved into downtrodden communities but because Harbin asks hard questions. The most illuminating for me was: “Can we agree on something? There should not be even one black who disagrees with the right of Trayvon to wear a hoodie…without the Zimmermans of the world initiating a cause to kill. Not one black should disagree that Jordan Davis had a right to play his music without the Dunns of the world…justifying a killing and an attempted mass killing. But, because we disagree, the power of blacks to make changes for the common good of all is thwarted…”

Harbin also takes affluent black churches to task. Her 10 “practical” solutions for change take up the second half of the book; the first part is a history lesson that brings us to the present. Her solutions speak mostly to churches because of the key role they play in the community, because of the power they wield in the community and because of their financial stronghold within the community. Harbin’s position is that the billion-dollar efforts of outside entities to create financial gains have failed to remove the barriers to income equality, close the academic gaps, and create judicial fairness, “because the root cause of the problem is within the community”. According to Harbin, it’s up to us to make positive permanent changes. In Martin Luther King Bullavoid, she wants to show us how.